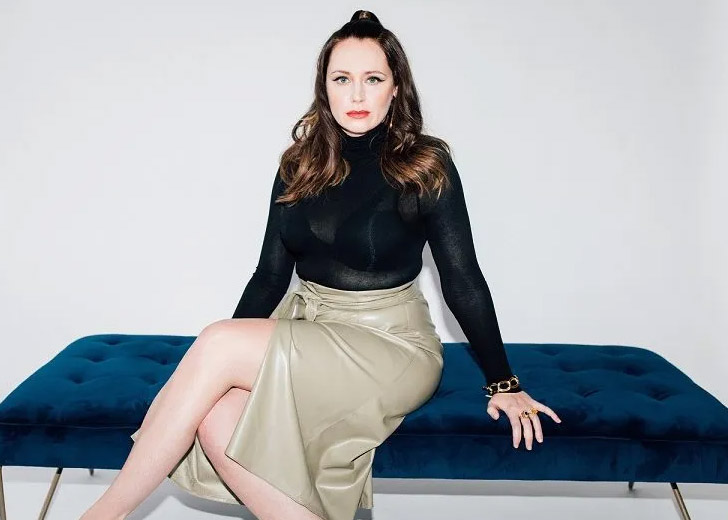 Canadian actress Helena Marie is best known for her role as Whitney Cortez in the Netflix family series My Perfect Landing. Marie co-wrote, produced, and starred in the role of Sam in the short film Crazy Love (NSI) in 2015. She also won several festival awards for the film.

Following that, the actress received an Actra nomination for best outstanding female performance for her role as a gun-slinging bounty hunter in Stagecoach: The Texas Jack Story.

With her rising popularity, Marie’s fans are interested in looking up her profile to learn more about her personal life. So here’s everything you need to know about her dating life and relationship.

Marie is married to her long-term partner, Jason Deline. On September 6, 2012, she first posted a photo of herself and Deline on Instagram. Since then, the couple has been together.

After dating for around two years, the actress announced her engagement with Deline via Instagram on October 28, 2014. Later, the couple married on October 25, 2015, in front of their family and close friends. The actress considers her wedding day the best day of her life.

Marie and Deline have been together for over a decade, and their love for each other grows stronger with each passing day. She was never shy about expressing her love for her husband on social media. Similarly, on October 10, 2016, Marie shared a selfie with her husband and expressed gratitude to him for sharing his life with her and for sticking by her side on this incredible journey of life.

The actress also frequently posts pictures of Deline on her social media accounts on special occasions such as birthdays and Valentine’s Day. On Deline’s 40th birthday, October 21, 2017, Marie shared a photo of them when they were younger.

She captioned the picture, “Happy 40th Birthday to my husband, my best friend, Jason. You fill me with such laughter and joy and I am so thankful for our life together. Thank you for being you and for letting me love you. Here’s to the next 40 and beyond. I love you.” Furthermore, the couple spends their quarantine time singing together.

As of 2023, the couple has been married for over seven years. Recently, Marie posted a picture of her and Deline on their seventh anniversary. Along the photo, she wrote, “Too busy enjoying our anniversary to actually post about it yesterday. I’d call that a win. Happy 7 year wedding anniversary, Jason, my love. I’m so glad you asked and I’m so glad I said yes. I love you past the sky.”

Despite being married for a long time, Marie and Deline are yet to welcome children into their lives. Instead, they have a rescue dog named Charlie.

Just like Marie, her husband is also an actor. He is well-known for portraying Desk Anchor in the 2014 American superhero film X-Men: Days of Future Past.

Later, in 2015, Deline appeared as Tessio in The Walk. Some of the other movies he debuted include Warehouse 13. He is also active on Instgaram with 1005 followers and 182 posts.