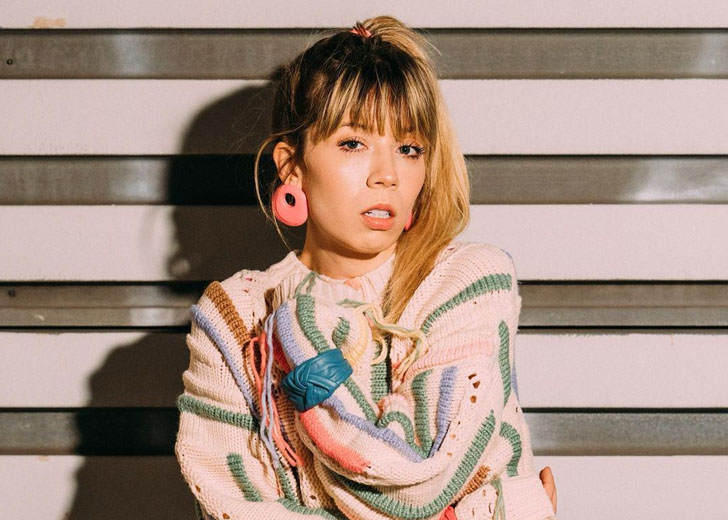 Jennette McCurdy is an American writer, filmmaker, singer, podcaster, and former actress. She has lately re-entered the public eye with the publication of her memoir titled I’m Glad My Mom Died. The memoir is currently the number one bestseller in New York Times, and it was published on August 9, 2022, by the American publishing house Simon & Schuster.

The Los Angeles native is best known for her performances in movies and TV shows such as Fred: The Movie, iCarly, Sam & Cat, Bling, Adam and Wiley’s Lost Weekend, and Between. For her performance in iCarly, she won three Blimp Awards and was nominated for several more,

Similarly, McCurdy has appeared in several television shows, such as Malcolm in the Middle, Zoey 101, Lincoln Heights, True Jackson, VP, and Victorious. She has also created, scripted, and starred in the science fiction web series What’s Next for Sarah?

She announced her retirement from acting in March 2021 to focus on writing and directing, but she hadn’t appeared in any acting roles since 2018. Her tragicomic one-woman performance, I’m Glad My Mom Died, was presented in theaters in Los Angeles and New York City from February to March 2020.

Who is Jennette McCurdy dating now?

Over the years, McCurdy has provided fans with a window into her love life. Currently, her relationship status seems to be single, as there are no reports of her having a boyfriend. She looks more career-focused and could be seen promoting her new projects on her social media handles, mainly Instagram.

Before her relationship status became single, the actress was in a romantic relationship with Jesse Carere. The two began dating around late 2014 after meeting each other on the sets of the Netflix show Between — the series ran for two seasons from 2015 to 2016.

The actress made their relationship public during her 2015 interview with Vulture. When the interviewer asked her if she loved Carere, she said, “This is maybe staking a big claim in my future self, but I would say that I certainly love him right, you know?”

“I feel like I’m learning to love in all the right ways and to accept love for who I am versus an impressive version of myself. I think from an early age, I learned to be whatever person people needed me to be,” she added.

McCurdy and Carere’s romance lasted almost two years as the couple parted ways sometime in 2016. Their split rumors started after fans noticed that the actress had deleted all of the duo’s PDA-filled pictures from her social media handles. And it was eventually confirmed that they had parted ways.

McCurdy was in multiple relationships before she began dating Carere. To start from the early days, the actress was reportedly in a relationship with Graham Patrick Martin. The supposed pair started dating in 2004 and broke up in 2008; however, their togetherness hasn’t been confirmed.

In 2010, she was rumored to be dating Max Ehrich after Ehrich made his appearance on the Nickelodeon show iCarly. But the rumors were false. Besides, Ehrich even took to his Twitter handle to set things straight by saying that McCurdy “was always just a friend.”

After that, McCurdy formed a friendship with NBA star Andre Drummond, which led to a brief fling between them. Following their split, the actress began dating her iCarly co-star Paul Glaser. Their relationship was rather a public one as McCurdy would often flaunt pictures with her now-former boyfriend.

However, their togetherness didn’t last long, as they separated sometime before McCurdy’s mother died due to cancer in September 2013. During her above-mentioned interview with Vulture, she confirmed the breakup and revealed that she was the one who initiated it.

“I put my feelings of love toward someone other than my mother, who had been the receiver of all that love up until that point. I needed to go through that loss on my own. I felt that I would put too much of myself into another person and become very attached,” McCurdy explained her decision.