Does Johan Hill have a new girlfriend or is he still dating Sarah Brady? 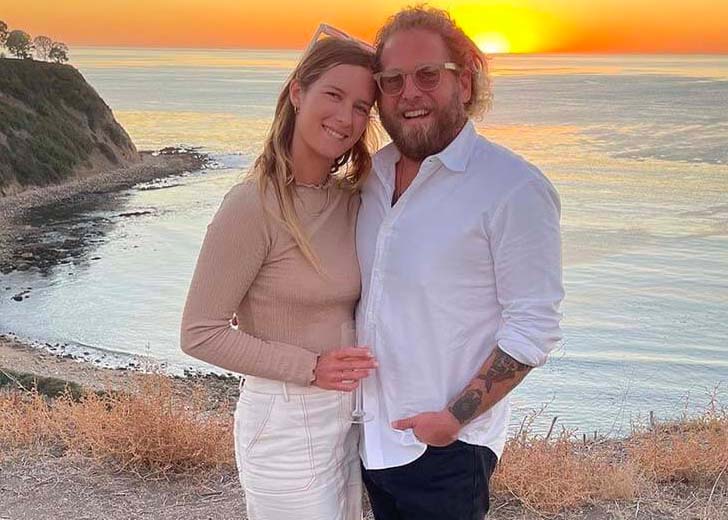 Jonah Hill’s relationship recently made headlines after he was spotted with a mystery woman in Malibu.

This has made many questions about who the actor’s new girlfriend is and if he is back together with his ex, Sarah Brady. Hill and Brady made their relationship Instagram official on September 9, 2021.

Hill has since deleted the post but captioned it as, “Grateful for you @sarahhbrady.” Since going public with their love life, Hill and Brady were often photographed together.

The pair spent a lot of time on the beach, and the paparazzi often caught them making out and hugging. Once, it was even rumored that the couple for engaged, which Hill swiftly denied.

But after almost a year of being together, the pair split. Hill or Brady has not explicitly confirmed their break up.

However, Hill has deleted all the pictures with his former girlfriend from his social media. Similarly, he was also recently photographed with a girlfriend.

Here is everything we know about the recent updates in Hill’s love life.

On August 30, 2022, Daily Mail uploaded an article on Hill, and a mystery brunette, which they first assumed was Brady. The article was titled, “New romance! Jonah Hill kisses girlfriend Sarah Brady during beach day in Malibu… after actor reveals he will no longer promote films to protect his mental health.”

They photographed a couple of pictures of the duo while they kissed and enjoyed their time swimming in the sea. They noted that the Don’t Look Up star wore red swim trunks, whereas Brady wore a green bikini.

Similarly, the couple also enjoyed a romantic time walking with their dog on the beach. During that time, Hill donned a white shirt with his red shorts, whereas Brady opted for white shorts with a cropped sweater.

After the article was released, most people got confused. This is because many were under the notion that Hill and Brady had split, and many signs hinted at their break up.

Since Daily Mail claimed that the woman on the beach was Brady, many understood that she was still dating Hill or they were back together after a break.

This soon caught the attention of the Instagram page, Deuxmoi. Deuxmoi is a gossip/news account that posts various information about the A-listers they receive from anonymous sources.

On August 31, 2022, they posted a story where a person asked if Hill was back together with Brady. Deuxmoi responded with the screenshot of the Daily Mail article and noted that the woman in the picture was not Brady.

Deuxmoi noted that Jonah Hill was not back together with his ex, but instead, he had a new girlfriend. (Source: Deuxmoi’s Instagram Stories)

Soon after, the tabloid changed its article and implied that Hill was spending his time with a mystery brunette, who might also be his new girlfriend.

Similarly, they changed their headlines to “New romance! Jonah Hill kisses mystery brunette during beach day in Malibu… after actor reveals he will no longer promote films to protect his mental health.”

However, the caption of a picture mention that the woman is Brady, and the URL still implies that Hill spent time with Brady in Malibu.