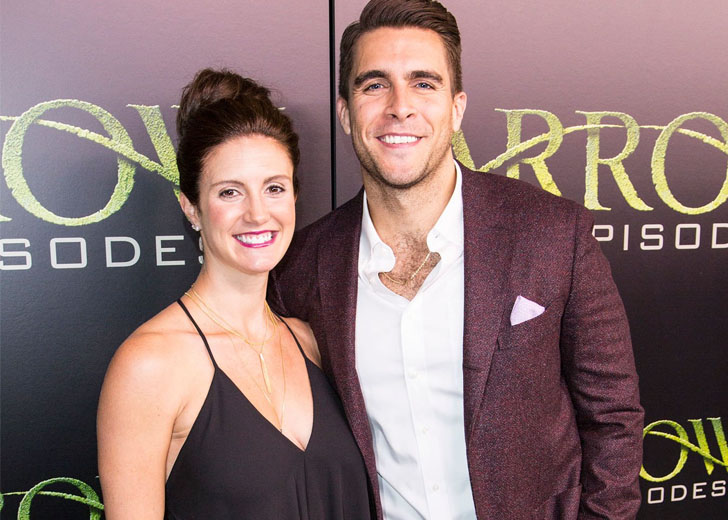 Josh Segarra is well-known for playing the role of Adrian Chase / Prometheus in Arrow and Damien Sanchez in AJ and the Queen. In addition, he has gained prominence for his performance in other television shows like The Electric Company, Drama Queenz, Sirens, Chicago P.D., Orange Is the New Black, FBI, The Moodys, and The Other Two.

The talented American actor has also portrayed the role of Emilio Estefan in On Your Feet, a hit Broadway musical. Some of his other stage credits include the musicals Lysistrata Jones and Dogfight.

As for his film credits, he has appeared in movies like The Ministers, Bronx Warrants, Overboard, First One In, Christmas on the Square, and Night School. Segarra is currently playing the role of Pug in She-Hulk: Attorney at Law, a Disney+ show based in the Marvel Cinematic Universe. The show began airing on August 18, 2022.

Coming over to Segarra’s personal life, the actor has been married to Brace Rice. As of this writing, the couple has been in a marital bond for more than seven years.

The actor always believed in a theory about finding a partner: “Your crazy has to match their crazy. We’re all crazy. We all have our things that make us special, make us nerdy. You just find the other person where their crazy matches your crazy. All of a sudden, you find somebody else and the things that they think make them nerdy, you think make them cool.”

And his craziness matched someone else’s when the then 24-year-old Segarra met Rice while attending a mutual friend’s birthday party. Speaking with Parade in 2016, he said, “I met her on a Monday and tried to get her to grab a drink with me. But she didn’t have time until Saturday afternoon.”

“At the time, I was teaching spin. So I said, ‘let’s go to lunch but I have a spin class at 11:30.’ She said, ‘OK. I love spin.’ And I replied, ‘You can come if you want.’ She later told me that she was thinking, if he shows up playing musical theater tunes, wearing a full spandex suit, I am not going to lunch after.”

He continued, “And I thought, if this girl comes and dies, she can’t even make it 15 minutes, I’m not going to lunch. Because I’m an active dude and love working out. We laugh now. She showed up, was gorgeous, and killed the class. I played the music I love — a little hip-hop, a little party music.”

After that, they went on a lunch date, which was fantastic, and have since been inseparable. As their togetherness continued, the two decided to take a further step in their relationship and shared the wedding vows on October 17, 2014, at the Carillon Beach Resort in Panama City.

Since they got married, their bond has become stronger than ever. Similarly, their shared love for several things made things even easier. While dating, they discovered they enjoyed Mexican food, musical theaters, hip-hop, and a little party music.

Furthermore, both of them have an immense love for sports. He told Parade, “We love talking about it together. She loves learning more about sports and the personalities behind the guys. Our TV is always on ESPN and Sports Center.”

As he went on, he said that several women worldwide might despise him just because all he watches is sports. Thankfully, he found the right partner who doesn’t hate his love for sports but shares the same passion and enjoys watching sports together.

Not only are Segarra and Rice a wonderful couple, but they are also excellent parents to two adorable children. The couple welcomed their first child, a son named Gus Maine Segarra, on September 30, 2016.

The actor made the happy announcement via Instagram by sharing a picture and the loveliest message. He wrote, “Gus Maine Segarra, I met you on Sep. 30th at 7:40 am. I immediately fell in love with you. But I’ve been thinking about you since I was a kid. I’ve had dreams about you. And I know for certain your Momma has, too.”

“Papi, you’re more perfect than we ever could have imagined. You’ve already changed our lives. Sorry we keep staring at you, we just can’t believe we finally got to meet you. You’ve just made me and your Momma the luckiest parents in the whole world. We are so proud of you. We love you Gus,” he added.

The married couple welcomed their second child, a son named Hank Rice Segarra, on January 8, 2020. After the Segarra family expanded, the actor told People, “My wife is my superhero. She’s our Wonder Woman. The way she loves makes me fall in love with her more and more every day.”

“Her boys have her back from now till the end of time. A man is blessed because of the family he has, and I am a very blessed man,” he added.

Josh Segarra celebrating his birthday with his children (Photo: Instagram)

Before his second child was born, Segarra had talked to People about his excitement and eagerness to see his eldest son’s reaction to being a big brother. He said, “I love that guy to death and he makes me and my wife really, really proud. So with this next little guy coming along, I’m just excited to laugh at the times [Gus] gets frustrated.”

“He’s an only child now — his world revolves around him. So I’m really stoked to watch him get pissed. I’m excited to watch him have to share with his baby brother,” Segarra jokingly said with light laughter.

In the end, the 36-year-old Longwood native boasted about his wife and said, “I love my wife to death. I have so much respect for her, and our love has grown over these years.” Segarra concluded by saying he cannot wait to see what his second child will bring to them because it’s such a fun adventure.