The couple has been married for over a decade. 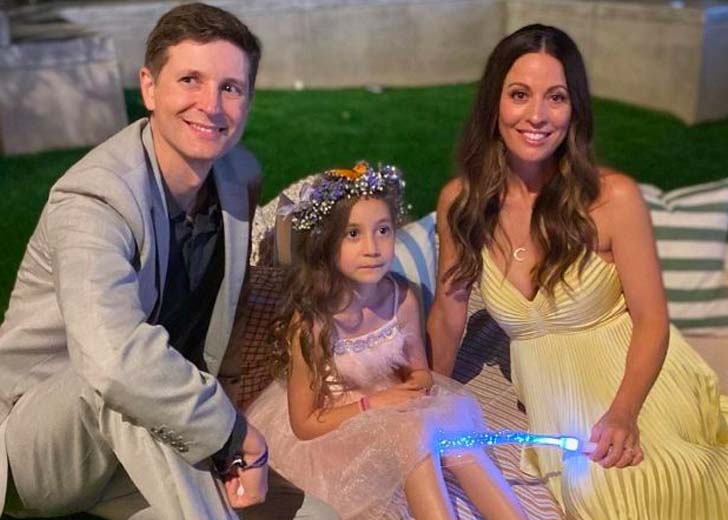 Kay Cannon is a talented American producer and writer who initially gained fame for her writing and producing skills in 30 Rock. For her work in the NBC comedy series, she won multiple awards and was nominated for a Primetime Emmy Award three years in a row, from 2010 to 2012.

In addition, she is the creator, writer, and producer of the Netflix show Girlboss. The comedy-drama series landed on the streaming platform on April 21, 2017, but was canceled after one season.

Coming over to her personal life, it’s equally flourishing as her professional life. Cannon is currently married to her long-time husband, Eben Russell. Russell is a 45-year-old writer and producer who hails from Boston, Massachusetts.

Cannon and Russell might have tied the knots in 2012, but their love story goes beyond that date. The married couple started their love journey years before 2012, when they began dating on February 15, 2009.

It’s currently unknown how and when the two first met each other, but it could be possible that they encountered as they have the same profession in the same field. They eventually bonded well and decided to make things official, which started a beautiful journey.

Finally, after years of togetherness, Cannon and Russell decided to share the wedding vows. They reportedly got married on January 1, 2012, in a small private wedding ceremony attended by immediate family members and close friends.

Over a year after getting married, on October 9, 2013, the duo became parents to a beautiful baby girl named Evelyn Rose Russell. Cannon announced the birth of her daughter on October 13 by posting a cute picture of Evelyn via Instagram.

In the picture, baby Evelyn was seen deep sleep while wrapped in a white blanket. “I finally pooped out a baby! Evelyn Rose Russell. We call her Leni,” she wrote as the caption.

Since the birth of their daughter, who is their only child, Cannon and Russell have done everything they can to give the best to her. The couple has also been managing their profession and their marital relationship.

As of now, the love birds have been together for over 13 years and married for over a decade. Furthermore, their daughter is currently eight years of age.

Before Cannon relished a marital relationship with Russell and experienced parenthood, she was married to American actor Jason Sudeikis. The former couple started dating sometime in 1999 and tied the knots five years later, on June 26, 2004.

Everything seemed fine between the two while they were dating and married, but that was just outside. On the inside, their relationship was deteriorating, and the reason was their growing careers. In his 2021 interview with GQ Magazine, Sudeikis said he was unhappy while working as a writer for Saturday Night Live.

He missed performing on the stage and his wife, Cannon, who was in Las Vegas. Finally, Sudeikis told the SNL creator, Lorne Michaels, that he wanted a job as a cast member. He told Michaels;

“He had the best line. I go, ‘I had to give up two things I love the most to take this writing job: performing and living with my wife.’ And on a dime, he just goes, ‘Well, if you had to choose one…'”

In the same interview, it was mentioned that his marriage with Cannon fell apart while he was working at SNL. “You’re going through something emotionally and personally, or even professionally if that’s affecting you personally,” Sudeikis added.

“and then you’re dressed up like George Bush and you’re live on television for eight minutes. You feel like a crazy person. You feel absolutely crazy. You’re looking at yourself in the mirror and you’re just like, ‘Who am I? What is this? Holy hell.'”

In 2008, Cannon and Sudeikis officially separated, and two years after that, in 2010, their divorce was finalized.