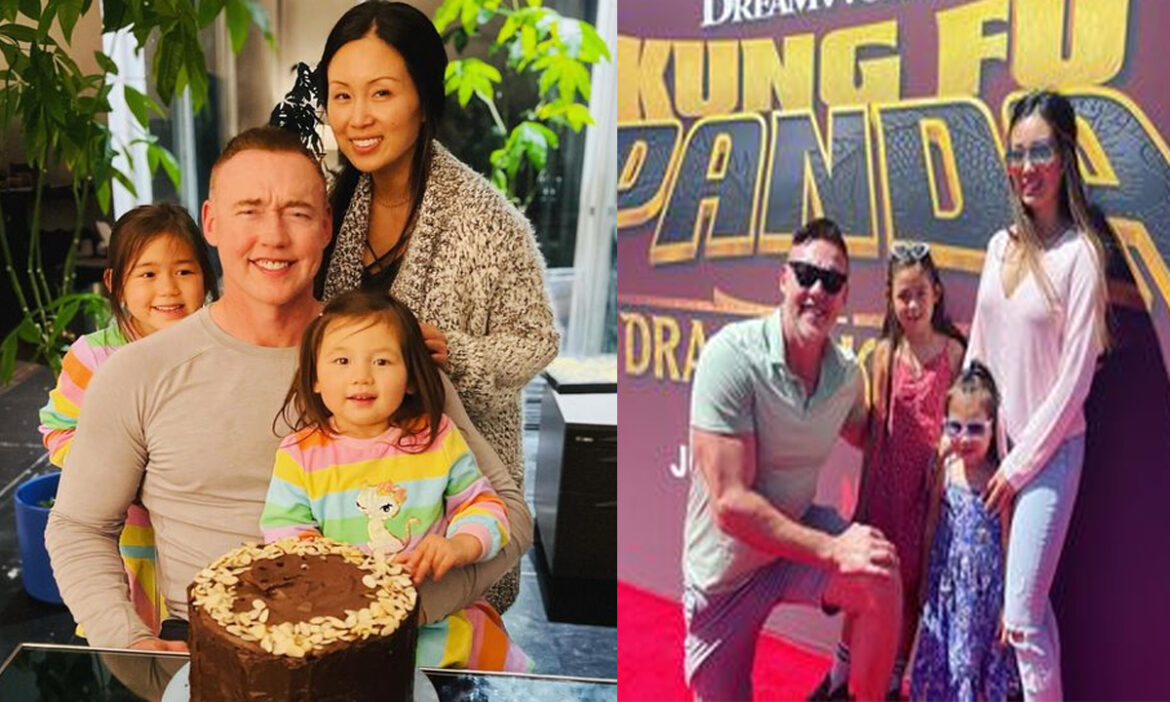 Canadian actor Kevin Durand is well known for playing the role of Vasiliy Fet in the horror drama television series The Strain.

Durand got his first break after being cast in Mystery, Alaska. Since then, he frequently portrayed characters such as Booth in Walking Tall, sidekick Red in Wild Hogs, the psychotic neo-nazi Jeeves Tremor in Smokin’ Aces, and many more.

The actor has been in the entertainment industry for over two decades, so it is evident that many of his fans want to learn more about his personal life.

Durand and Cho married on October 1, 2010. As of 2022, the couple has been married for 12 years. On October 2, 2022, the actor also posted a selfie with Cho on their anniversary, with the caption, “Happy 12th Anniversary to my exquisite dream girl! Loves ya @sandradurand23.”

Kevin Durand and Sandra Cho have been together for twelve years. (Source: Instagram)

Similarly, the couple has shared several photos of themselves on various special occasions, including their birthdays. Durand posted the picture with his wife on May 3, 2022, along with a special message for her birthday. He wrote, “Happy Birthday to my dream girl!!! We love you beyond measure, my sweetheart.”

Although the couple is quite expressive in their off-screen life, sharing pictures of their family on Instagram, Facebook, and Twitter, they have yet to retell the story of their early relationship.

Kevin Durand has two Children with his wife, Sandra Cho

Durand and Cho welcomed their first child, a daughter named Amélie Moon, on October 30, 2015, after five years of marriage.

The actor took to Instagram shortly after welcoming their daughter to announce the news. The Strain star posted a black-and-white photo of himself holding his then-newborn daughter and wrote, “My wife and I are so proud to announce that we became parents yesterday! Amélie Moon Durand is here! So grateful n Happy? #loveandgoodnesstoall.”

Currently, the family of four is content with their lives. On the occasion of the actor’s birthday, he shared a photo of the family with the birthday cake on January 14, 2022. On this joyous occasion, Durand prioritizes his family above everything.

Cho is a businesswoman in addition to being a mother and a wife. She and her brother co-own a beauty product line named Gviag Beauty.

Cho announced her business venture on Instagram in February 2020, saying, “I created a line of products with my brother to incorporate into my daily routine that would have a quick impact on my skin and help me glow. Check it out and let me know what you think. Use promo code SD2020 to get 15%off for a limited time. @gviag_beauty.”

Apart from her business, Cho is also an actress. She made her acting debut as a Korean Woman in the 2009 film Why Am I Doing This. The now-luxurious skincare entrepreneur also appeared as a Student in the 2010 film Cupid’s Arrow.