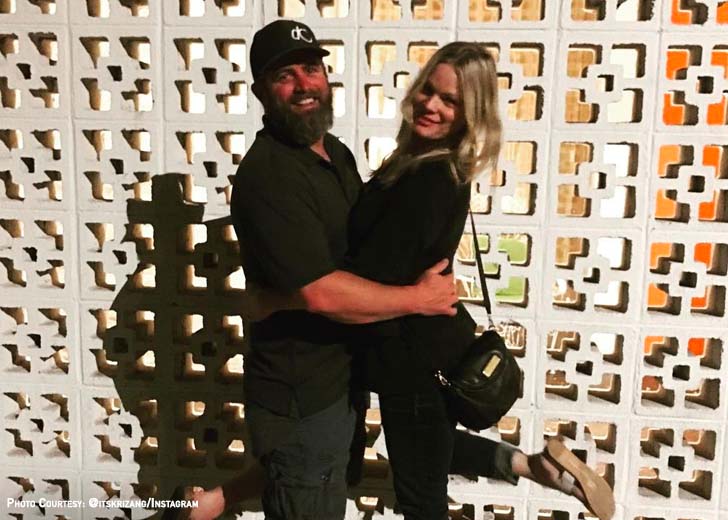 Kristen Zang, a former actress and model, dated Leonardo DiCaprio from 1995 until 1999. Zang, who is now married and lives quietly in Oregon, has never talked publicly about their previous relationship.

But Zang resurfaced on the internet when she decided to break her silence by connecting the recent breakup of actor DiCaprio and his 4-year girlfriend, Camila Morrone.

Leonardo DiCaprio and Kristen Zang dated during the late 90s

“I, like my ex-boyfriend, am a very private person. But, for the first time, I felt obliged to share a couple things this week. I dated Leo for four years. When I was 19, I met him through friends and we began dating when we were both 21,” said the 48-year-old.

She said Hollywood during the late 90s was like a big glamorous high school where nerds with glam jobs attended.

“We were kids. My friends knew his friends and Hollywood back then was like a big high school. It was, dare I say, an innocent time. We were nerds,” the actress mentioned.

About their breakup, she just said she outgrew that phase of a high school girl, referring the Hollywood.

“It was a choice I made. I don’t how to explain it exactly, I just felt like I was ready for our relationship to be done. It was like I had outgrown that version of myself, the Hollywood high school girl. I wanted to figure out who I was and what I wanted.”

“Now over 20 years later when I read the headlines and online comments with his most recent ex girlfriend being referred to as having “aged out” or being “too old for Leo at 25,” puh-lease. I think we can and should do better. What kind of message is this sending to young people?” the actress said to PEOPLE, calling the actor an ageist.

Zang married a man named Shea Dale around 8 years ago. Not much information regarding the man and his family background is available on the internet.

However, in the same article by PEOPLE, Zang mentions, “I met the love of my life when I was 38 and got married when I was 40. So you youngins out there, listen up. Life gets so much better after 25. Yes, you get more wrinkles but you also get more confidence and more love for yourself.

Dale’s mother, Roxann, has cancer, and the Dale family has also created a fundraiser on GoFundMe.

My name is Shea, and on behalf of myself and the Dale family, I’m starting this campaign for my mom, Roxann, who has recently been diagnosed with stage 4 breast cancer. We aim to raise $55,000 to send her to the Hope 4 Cancer treatment center in Mexico and pay for her care there,” he writes.

Zang is business women who own a locally-sourced dog food company named Emma Lou’s Homemade Kitchen. According to their official page, Emma Lou’s Kitchen is unquestionably a labor of love.

The actress received shocking news shortly after adopting her puppy Emma from a local shelter. Emma was diagnosed with Distemper, an incurable fatal illness with an 80% death rate in puppies.

The former model wanted to share the joy of Emma’s recovery to perfect health after eating nutritious and healthy food with other dog owners.

What began as a tiny enterprise out of her house in 2007 has grown into a quickly expanding company that serves many pleased and consistently returning clients.