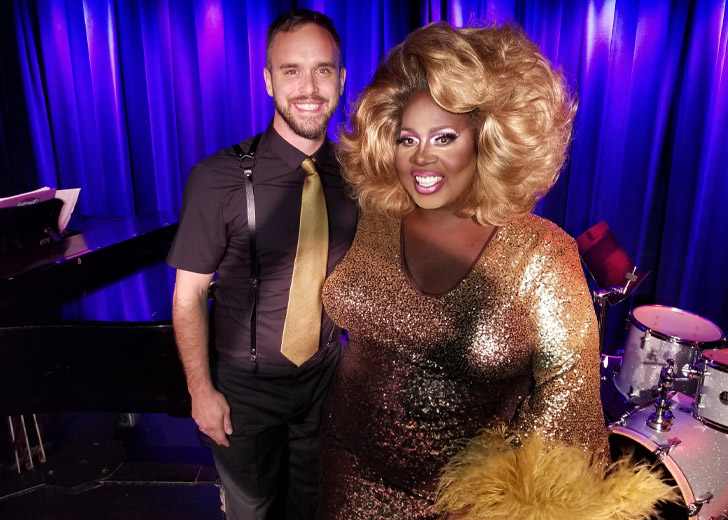 Royale, who dazzled audiences with her warm persona, witty one-liners, and unforgettable performances, is happily married to her husband, Christopher Hamblin. Delve into their married life with GB issues. Read along to find more details.

Latrice Royale has been married to her husband since 2018

Hamblin, Latrice’s husband, works as her assistant and is a musician and the host of All the Queens’ Men.

The couple first met at one of her shows in Knoxville, Tennessee. The meet and greet section wasn’t going well until her husband, the artistic director of the city’s Gay Men’s Chorus and music director at a gay church, stepped in.

In an interview with Metro, the musician admitted to flirting with the drag queen at the event. He didn’t take her advances seriously, but they’re now happily married.

Royale and Hamblin met nearly six years ago at a meet and greet and moved in together nine months later. During the 2016 Seattle Pride, she proposed to her now husband at a show at R Place, a gay club in Seattle, according to Distractify.

The couple married on September 29, 2018, and have been together ever since. Drag Race alums and other drag performers such as Bianca Del Rio, Willam, Shangela, Kennedy Davenport, and Manila Luzon attended the couple’s wedding ceremony.

In their love marriage, Royale and her husband are being honest about various topics, including the perceptions others have of them based on their size and appearance.

The iconic queen was joined by her husband to discuss various issues in a video interview for StyleLikeU, a body-positive channel that uses content to promote self-acceptance.

One of the initial topics of conversation was how others respond to and make assumptions about the pair based on their size disparity and how Royale and Hamblin’s disclosures were startling.

“Can you talk about the assumptions people make about you as a couple?” the presenter asked the couple. “They don’t,” Royale responded. “They assume that we’re not together,” she added.

“We’re always overlooked at airports. They definitely always assume that we’re not together or that we’re not in first class. If we are seated next to each other, there are a lot of times that the airline staff will assume that I am trying to move away from him because of his size.”

As she went on, she stated, “Or we will be asked by; usually, a middle-aged, heterosexual, white couple that wants to sit together and they don’t realize that we are also trying to accomplish the same goal.”

“The fact that, out of drag, I’m a big ‘ole Black man, that’s the last thing they would expect, for me to be with Christopher,” she concluded. As of now, the married couple lives a happy life no matter what people assume or comment.