Are the couple still together? 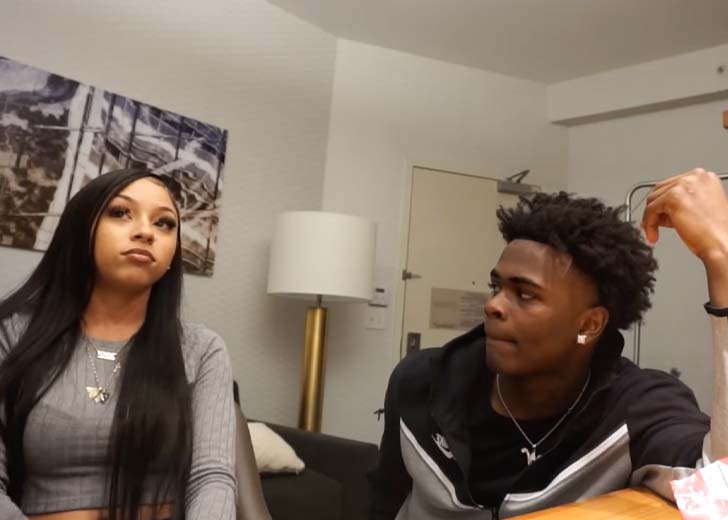 Lena Davis, aka Selena Davis, is a rising internet star who became famous through her trending dance and lip-sync videos on TikTok. On her lena.daviss TikTok handle, she had garnered more than 900,000; however, it was disabled due to unknown reasons.

Currently, she uses her secondary TikTok handle under the username of lena.davisspt.2, where she has gained 1750 followers and 20,200 likes only. On the other hand, she has amassed over 295,000 followers on her Instagram handle.

Since Davis’ rise to fame, her fans have been curious to learn more about her. One of the many things they want to know is her relationship with her boyfriend Wooda, aka famouswooda. So, here is a look!

Davis transitioned from TikTok to YouTube in 2021 and uploaded her first YouTube video on September 14, 2021. Her first video was a Q&A video, and in that, she was asked what was going on between her and her now-boyfriend, Wooda.

Several fans asked the same type of questions multiple times. And in reply to those questions, Davis had a simple answer. She mentioned that nothing was happening between her and Wooda and that they were only good friends.

And it seems like they were only friends during the initial days as they had only met a couple of months before September 2021. Due to that reason, they wanted to take everything slow before eventually starting a romantic relationship.

Months passed and as things progressed, the two started dating. Davis and Wooda continued to make numerous videos together for their respective YouTube channel, and their fans were hands down in love with their togetherness.

The couple’s YouTube content was mainly pranking on each other, but they would often give a glimpse of their romance and make videos from their date nights and more. And although they were in a long-distance relationship, the two made it work out.

Davis would occasionally fly to where Wooda lived, and Wooda would also do the same by traveling down to Florida — where Davis lives. Moreover, the two were also staying together before and after they started dating.

But sometime after they started their relationship, they decided not to live together due to some unknown reasons. However, that didn’t seem to affect their togetherness at all, as they would often visit each other and go to different places.

As of now, Davis and Woody are still together and going on strong. Recently, on May 25, 2022, Woody uploaded a video on YouTube where he and Davis spent a whole day together. The video was titled ‘Spend The Day With Wooda And Lena….”

Rumors about Lena Davis and Woody’s break up

Davis and her boyfriend are still together; however, there have been rumors that the couple has broken up.

For instance, when Davis uploaded a video of herself sitting on the front seat of a car on June 8, 2022, a fan asked her in the comment section if she and Wooda were still together.

When that fan commented, another fan chimed in and answered that Davis and Wooda had broken up. “No,” the fan simply wrote.

Similarly, on Davis’ Instagram post of June 11, 2022, one Instagram user had commented, “What happened to u and wooda?” In reply, another user wrote, “they broke up, but I have a funny feelin they kinda trollin us.”

A collage picture of Lena Davis and her boyfriend Wooda (Photo: Instagram)

“Why would bro [Wooda] joke about being sad n hurt?” another wrote. However, despite all the rumors, it doesn’t seem that the love birds have parted ways. For one, Davis and Wooda still follow each other on Instagram.

And as for what the Instagram user was referring to when they commented about Wooda being sad and hurt, it might not be because he broke up with Davis — which clearly isn’t.

Instead, there might be other things that are going on in his life, such as his mental health, which he has talked about in the past. So, to conclude, Davis and Woody haven’t broken up, and they are still together.