All about 'Dark' actor Louis Hofmann and his dating life. 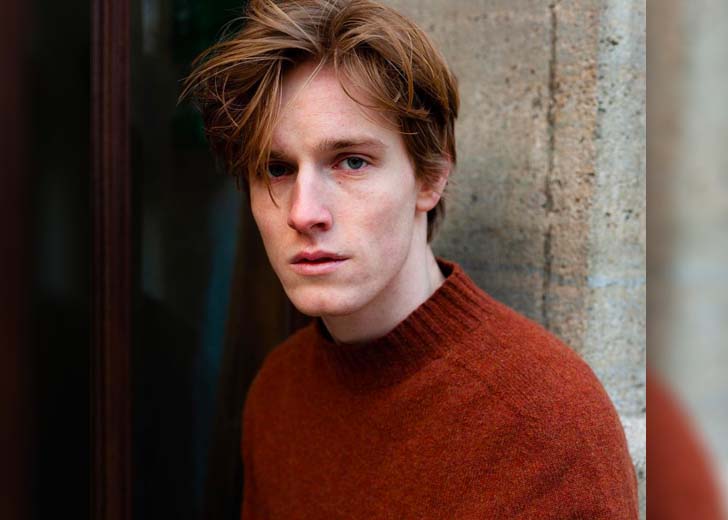 Louis Hofmann is a German actor who first gained attention in the 2011 German film Tom Sawyer where he portrayed the lead role of Tom Sawyer.

For his work as Sebastian Schumann in the historical war drama film Land of Mine, he won several awards, including the Bodil Award for Best Supporting Actor and International Film Festival Beijing Award for Best Actor.

The actor has played in numerous movies like Lommbock, Center of My World, Alone in Berlin, Red Sparrow, Deutschstunde, A Piece of Cake, and many more.

He is set to appear in the upcoming movie The Forger, where he will play the role of Cioma Schonhaus.

Hofmann is also widely known for his portrayal of Jonas Kahnwald, the main role in Netflix’s sci-fi thriller series, Dark. He has also appeared in You Are Wanted, Wilsberg, Stolberg, Life After Life, etc.

He won Goldene Kamera Award for the category Junior Actor Prize for his role in the Dark series.

Does Louis Hofmann have a girlfriend?

Hoffman recently admitted dating someone even though there is no indication of this on his social media profiles during an interview with White Lies Magazine.

The interviewer curiously asked, “In recent years, you have greatly reduced your social media activity. Why did you decide to withdraw from social networks?”

The Dark actor said that it has never been easy for him to make a presence on social media. “I always had the feeling that I must post something to entertain people. That totally unsettled me and put me under pressure. That’s why I decided to get rid of it,” said Hofmann.

Furthermore, he also mentioned that his Instagram is still active and that he occasionally uploads there and must constantly reinstall it because he deletes the app after each post.

“When I want to post something, my girlfriend has to sit beside me because she has the password,” answered Hofmann to the magazine, revealing he was in a relationship.

Unfortunately, the actor withheld information about their connection, like when it started, how their first date went, or how their relationship started.

Hofmann was rumored to be dating his co-star Lisa Vicari when they were filming the Dark series.

Vicari starred as Martha Nemec, the female lead role in the series. Character Nemec fell in love with Kahnwald, but during his extended absence from school, she began dating his friend Bartosz played by Paul Lux.

Fans started to question if the two had an off-screen connection because the two’s on-screen romance and intimate relationship seemed so natural.

However, the rumors are untrue because he confirmed that he is in a relationship with a girl whose identity is still a secret in a recent interview with White Lies Magazine.

Nonetheless, Hofmann and Vicari seem to be good friends. He uploaded a series of pictures alongside Vicari and other team members and expressed his gratitude towards the crew.

The actor wrote, “Thank you to our wonderful, really wonderful crew who has been my family over the past three years. It’s hard saying goodbye to this world I got so used to being a part of.”