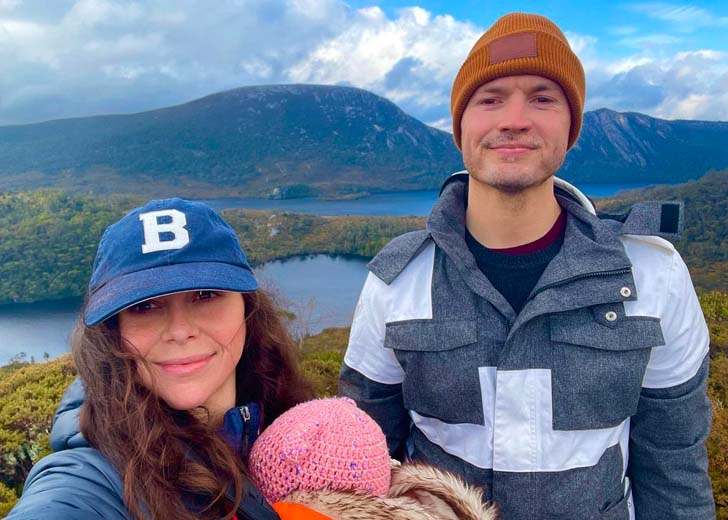 Makenzie Jade Vega Norfolk, professionally known as Makenzie Vega, is a famous American actress widely known for her role as Grace Florrick in The Good Wife.

Vega has starred in numerous movies like Diana Gordon in Saw, Nancy Callahan in Sin City, Paige Hardwicke in In the Land of Women, Katy Hardin in Just My Luck, and many more.

She also has played in many television series like Justice, ER, Heartbeat, The Beach House, 13 Reasons Why, InstaPsycho, etc.

She is the daughter of a Colombian fashion photographer, Baruch Vega, who was also an informant for the Drug Enforcement, and former American model Gina Rue.

On February 4, 2017, Vega secretly wed Australian model Blair Norfolk. After some time of keeping it a secret, the couple made their marriage public three weeks after their wedding.

The actress made her nuptials public on February 26, 2017, via Instagram by sharing her husband’s photo and captioned, “This is My Husband. Thank you God.”

Makenzie Vega with her husband Blair Norfolk on their wedding day. (Source: makenzievega/Instagram)

The pair looked stunning as they exchanged their vows. Vega wore a simple yet sophisticated wedding dress with her hair tousled in beachy waves. Her husband wore a traditional tuxedo and paired it with what looked like classic shoes.

However, there is not much information about the wedding yet or even where it took place, but the pair is deeply in love.

After being married for about three years, the couple teased their followers by sharing a photo of a bag with a baby bottle, presumably teasing the world about their newest addition via Instagram on January 9, 2021. She captioned the post, “Happy 3 weeks little love.”

It seems like secret weddings run in the family. Vega’s sister Alexa PenaVega was secretly married to Sean Covel, an American film producer.

“Neither of us (Blair nor I) could conceptualize just how much we would fall in love with Marlo. It would’ve been impossible to know, but She is just everything,” The Good Wife actress expressed after giving birth to Marlo.

On December 20, 2021, Vega posted a sweet family photo on her Instagram and a birthday message for her daughter. “Happy very first birthday sweet little thing. You are absolutely incredible,” she wrote.

A closer look at Blair Norfolk

Norfolk is a former Australian model who was born on September 14, 1985. As per his LinkedIn, he currently works as Managing Director at Biome Australia Ltd.

The former model is also the founder of Biome Australia and its brands: Activated Nutrients, Activated Probiotics, and Activated X Performance.

Norfolk got his Master’s degree in Marketing from Monash University. Before Biome Australia, he worked as a strategic brand management consultant with clients in the United States, Australia, and Europe.