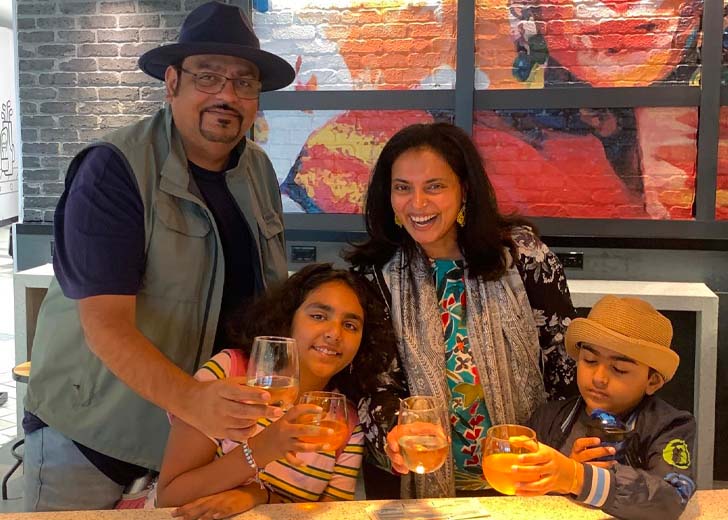 Maneet Chauhan and her husband, Vivek Deora, are a power couple in the culinary world.

The James Beard Award for Excellence winner, Chauhan, is well recognized for her work on Food Network’s Chopped, where she serves on the permanent panel of judges. She has worked at some of the best hotels and eateries in her native India and the United States.

She has received high praise from the media, including articles in Food & Wine, Parade, The New York Times, and the Today show.

With her husband and two children, Chauhan currently makes her home in Franklin, Tennessee, where she works with her spouse Deora.

Here is everything we know about the power couple.

Maneet Chauhan and her husband

Every relationship has its ups and downs — Chauhan and Deora’s was no less. The pair met while they were attending college in Manipal in, India.

Regardless, the couple pushed through, and eventually, in 2007, the pair got married. On May 28, 2007, they tied the knot at Lake Tahoe in the presence of their friends and family.

On the same date in 2022, the celebrity chef shared a photo compilation video of her wedding day with her husband.

In the end, she showed a framed picture of the two on their wedding day with their two children standing behind the image. In captions, Chauhan wrote how happy she was to be with her husband for 15 years.

Similarly, she added that she was thankful for their children “for alway keeping us grounded.” Both Chauhan and Deora often share snippets of their family on their social media.

They share vacation pictures and videos of the couple alongside their children — showcasing their perfect family on the Internet.

She drew inspiration for the restaurant from special places and memories. In an interview with Nashville Eater, the couple revealed that each dish on the menu had a backstory and was greatly influenced by the meals she and Deora ate growing up.

As children, Chauhan was raised in Ranchi, whereas Deora was in Jaipur. As a result, both ate radically different regional cuisines — which they have incorporated into their business.

The couple’s contribution to Nashville’s culinary industry doesn’t stop there, though. They are also in charge of the modern diner, The Mockingbird, and the Chinese restaurant, Tansuo.

They also have three breweries in Nashville in addition to this. Chauhan’s was forced to close in 2020, along with most other food establishments, and fire around 200 employees due to the pandemic.

With Tennessean, the chef discussed her experience with being laid off. She initially closed her businesses due to escalating government restrictions after two of her staff became ill.

She went on to say how difficult it was for her and her husband to decide to be laid off. Fortunately, she could keep all four businesses open as 2021 began.