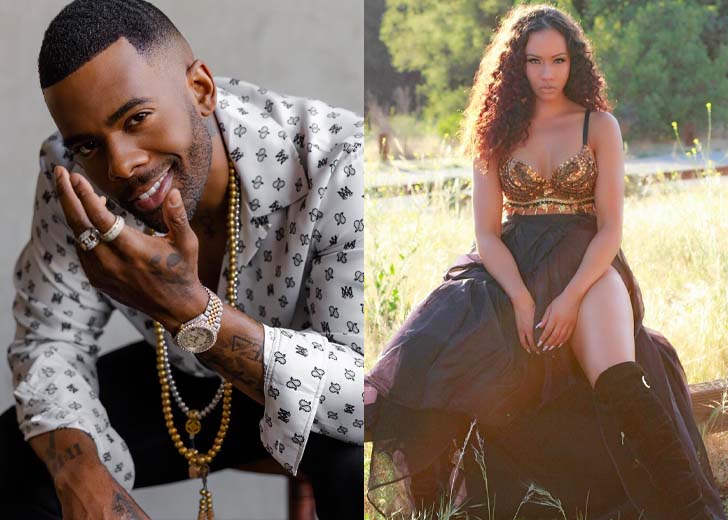 Mario Barrett, mononymously known as Mario, is a well-known American singer-songwriter and actor out of Baltimore, Maryland. Since 14, the R&B singer has been involved in the industry and released multiple songs and albums that have given him fame.

His most recent album Dancing Shadows was released in 2018, and it was his first one in around a decade. It was a direct follow-up to his 2009 album D.N.A. Similarly, one of his most recent works is an EP titled Closer to Mars — which was released on October 16, 2020.

Coming over to his personal life, Mario was recently in a relationship with his fellow singer girlfriend, Kris Stephens. But it doesn’t seem like the couple is together anymore. Have they broken up? Here is a look!

Are Mario Barrett and Kris Stephens still together?

Alas, it seems like Mario and Stephens have already moved on with their lives and aren’t together anymore. Their breakup could also be proven by the fact that there are no traces of their relationship in recent times, either on their interviews or social media handles.

And if you think that’s enough to confirm the couple isn’t together anymore, then the answer is yes. It’s so because when the two confirmed their relationship, Stephens had showered quite the love for her boyfriend on social media.

To divulge more details, Mario and Stephens went public with their relationship on the latter’s 34th birthday on January 21, 2021. The birthday girl had shared multiple Instagram stories tagging her boyfriend, which Mario later reshared.

In those Instagram stories, Stephens thanked Mario for surprising her with a grand birthday and expensive gifts in the middle of the pandemic. Speaking of gifts, Mario had sent a big diamond ring and a cross diamond necklace.

Stephens thanked her partner for those beautiful gifts by calling him “King.” In another Instagram story, she wrote, “He [Mario] is so sweeeeeeet! Like, wow babe, you really did all this?! Surprised me with this beautiful flower balloon bouquet, a chef, a trip, gifts… I love you so much!!!”

“Babe you really did your thing in the middle of a pandemic… Thank youuuu for your thoughtfulness, sweet words, and beautiful gifts. I just love you so much,” Stephens’s love for her partner continued in another story.

Similarly, Mario had also posted a picture with his girlfriend in which he kissed her cheeks, and he had written “Love u!” over the photo. Likewise, Mario had talked a bit about his relationship with Stephens in his interview with Page Six in early February 2021.

The outlet had mentioned the couple going public with their relationship. And as Valentine’s Day was near, Mario said some of the things he deemed perfect as the best gifts.

He said, “I think a good gift right now is to pay for a whole year of a person’s favorite app. A full tank of gas in the car, a pack of hair, groceries for a couple of days. Just find out how to make the person in your life’s [daily routine] a little easier and pleasant while you’re in it.”

After that interview, there were no follow-ups about their relationship. Moreover, with the stint Mario pulled during his girlfriend’s birthday by sending her expensive gifts, many even said that Stephens was dating Mario for his fame and money only.

However, those allegations don’t seem true, as Stephens has made a name on her own as a Grammy-nominated songwriter. Additionally, she has worked with renowned artists such as Pitbull, Shakira, Jennifer Lopez, Chris Brown, LeToya Luckett, Kendrick Lamar, and more.

And now, it seems clear that Mario and Stephens aren’t together anymore. As of now, Stephens is more focused on her career and raising her son Syhre, whom she welcomed from her former relationship.

Who is Mario Barrett dating now?

Mario’s present relationship status seems to be single as there have been no reports of the R&B singer dating anyone as of this moment. It might be possible that he has been following one of his previous styles; going on casual dates.

The singer had mentioned his casual dates way back during his interview with Essence in October 2018. In the interview, he talked about his album, Dancing Shadows, and how becoming a pescatarian allowed him to spend more time in the kitchen.

And he also talked about using those kitchen skills to impress the ladies in his life. He said, “Being a pescatarian — more so on the vegetarian side — but being a pescatarian you have to find ways to be creative with cooking.”

Mario then noted that one of his recent dates included a relaxing home-cooked meal in nature. He continued, “I don’t have a lot of time to spend so when I do go on dates, I try to get a lot in on one date.”

The outlet then claimed that these dates weren’t serious and the singer was single. “I don’t even know what my type is because I’ve dated so many types of women,” Mario told the outlet.

“Some are just friends, we’ve never done anything intimately — but one keeps me wild, one I’m connected to on a soul level, and one is like in the middle of both of those. I’m finding myself. It’s really about finding ways to express love in different ways.”

While concluding the topic of the casual dates, Mario told the outlet that there wasn’t one person in his life at the time that made him consider or feel that he really loved that person.

Mario hasn’t always been the open-minded person he is now when it comes to sharing things about his personal life. Due to that, there is little to no information about his dating history and former girlfriends.

However, some details on his personal life were included during his above-mentioned interview with Page Six. During the interview, the ‘Let Me Love You’ song singer firstly opened up about losing his virginity at a young age.

He said, “I won’t tell you the age, but I was very young. My first time having sex is when I fell in love. I was young though.”

After saying that, he admitted that he eventually realized he wasn’t entirely in love with his mystery woman. “It was incredible and I thought I was in love, but I wasn’t,” he added.

Mario then talked a bit about his first real love, which happened when he was 17 and in high school. “I would say 17; that’s when I first felt like I could trust her with everything.”

He talked more about his high school sweetheart, “We talked about everything; she was my best friend. I was in the business, so I didn’t really have real friends, and I have been with her beforehand, so she knew me differently; I felt like that was my first time falling in love.”