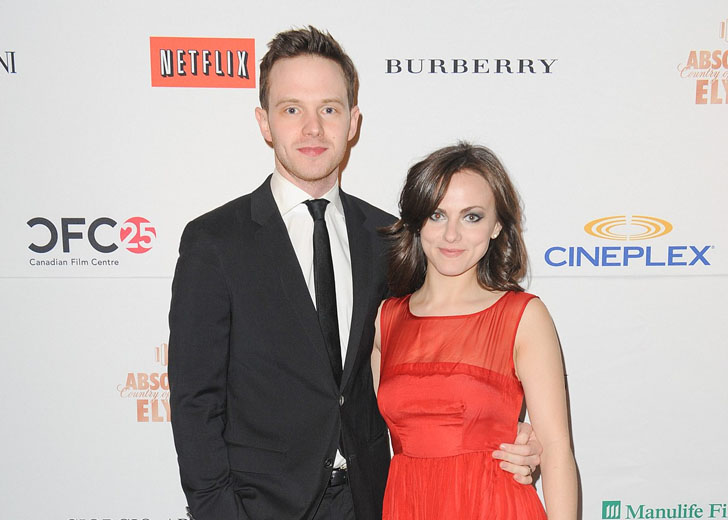 Mark O’Brien is a Canadian actor and filmmaker well-known for his roles as Tom Rendon in Halt and Catch Fire and Des Courtney in the Republic of Doyle. In addition, his portrayal of Terry Sawchuk in Goalie earned him the Canadian Screen Award for Best Actor at the 8th Canadian Screen Awards.

Moreover, he gathered two nominations for his movie The Righteous, for Best Supporting Actor and Best Original Screenplay, at the 10th Canadian Screen Awards in 2022.

Besides that, he has appeared in several movies and TV shows, including Beat Down, The Dark Stranger, Arrival, The Last Tycoon, The Darkest Minds, Ready or Not, Marriage Story, City on a Hill, and 61st Street.

Who Is Mark O’Brien Married To?

Coming over to O’Brien’s personal life, he is a happily married man. He is currently married to Georgina Reilly, with whom he tied the knots on January 6, 2013, after meeting on the set of Republic of Doyle in 2011.

Reilly is a Canadian actress who has appeared in both cinema and television. She is best known for her work in the drama series Trust Inc. on CBC Radio as well as the movies Pontypool and This Movie Is Broken.

She was born in Surrey, England, and when she was sixteen, her family relocated to Toronto, Canada. Reilly traveled to Canada frequently for holidays as a child to see family. She attended Havergal College, where she earned her degree.

When she was ten years old, the BBC founded her career. When her family relocated to Canada, she continued her training and acting career there.

Bruce McDonald, a well-known independent director, quickly came across her work and placed her in the highly praised film Pontypool, which had its world debut at the 2008 Toronto International Film Festival. And it didn’t take long for Reilly to become well-known in Canada.

O’Brien met Reilly at the Duke Pub in St. John’s, Newfoundland while she was a guest starring on the Republic of Doyle — O’Brien was the lead on the show. The two had a few drinks and shared some laughs, courtesy of O’Brien’s jokes.

The couple’s first date was on January 11, 2011, in Toronto at an Italian restaurant called Bravi. Reilly decided to ask Mark everything he liked and disliked in relationships, and he did the same.

O’Brien proposed to Reilly on New Year’s Eve in New York City, in their hotel room as they were both trying to surprise each other at the same time — her with lingerie, him with a ring.

The couple now has a 5-year-old daughter named Penelope Florence O’Brien — their daughter was born in November 2017.

Reilly has posted a few pictures with her daughter and a picture of the daughter-father duo on her Instagram, titled “Screens are a Sunday treat. So we have a movie day with Daddy.”

Their baby shower post on Facebook also got a good response from fans as one said, “You look beautiful, Georgina Big hugs to you all.”

The couple was blessed with comments from their loved supporters as another fan said, “Oh pretty!!!! God bless mommy, daddy, and sweet baby girl!”

They have managed to give time to their daughter even though O’Brien is busy in movies and Reilly is busy on her new upcoming project called Quantum Leap.