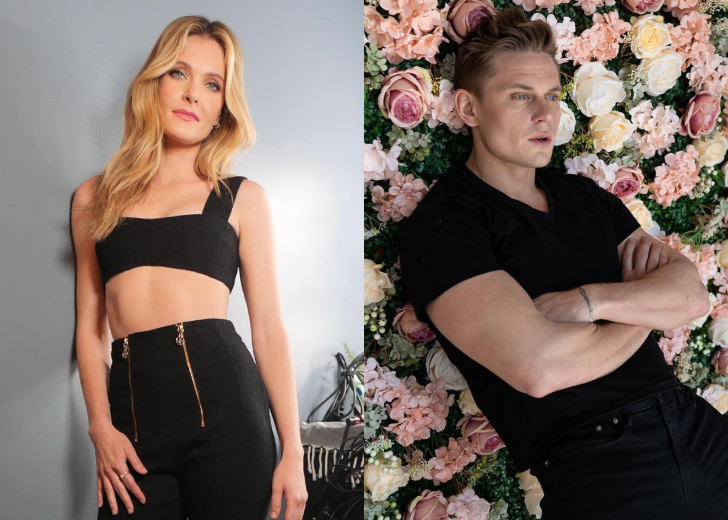 Fahy recently joined the cast of HBO’s The White Lotus as a series regular, playing the role of Daphne Sullivan. The White Lotus, now in its second season, has successfully balanced comedy with drama on our television screens.

The social satire centers on the lives of visitors and employees at the luxurious White Lotus resort. As the ongoing series gets popular among viewers, Fahy is rising to prominence due to her performance in it.

As of this writing, Fahy’s relationship status seems single. There have been no reports of her dating anyone, and she hasn’t given any hint of that sort via her social media handles. However, she did have a boyfriend in the past.

The actor Billy Magnussen, who you may recognize from movies like Ingrid Goes West, Game Night, and No Time to Die, as well as television series like Made for Love and Get Shorty, was Fahy’s last known boyfriend. It is unknown if she is dating anyone right now.

According to DuJour, the two met while filming their 2011 Hallmark movie The Lost Valentine but claimed they didn’t begin dating until 2017. The exact time frame of when they started dating is unknown.

According to Just Jared, Magnussen and Fahy walked down the red carpet together on January 5, 2020, at the InStyle And Warner Bros. Golden Globe Awards Post-Party at The Beverly Hilton Hotel in Beverly Hills, California.

Magnussen’s Instagram featured the last photo of them together on May 2020, and the two are no longer social media followers, suggesting that the couple may have split around the time. As of now, there is no official confirmation of their breakup.

Billy Magnussen was rumored to be gay

Magnussen’s fans have long wondered whether the actor is gay, but he has never spoken about his sexuality or addressed the rumors about his relationship status. His theatrical appearances in the drama The Ritz, in which he was seen to be gay, led his fans to believe he was gay.

Magnussen’s most memorable dramatic appearance in a movie with the plot set in a gay bathhouse in Manhattan also led to fans believing that he was gay.

Furthermore, when celebrities are private about their relationship status and never address their sexuality, fans frequently resort to being gay. The Made for Love actor kept his life away from the media until 2017, which may have led his fans to believe him to be gay.

Magnussen was also interviewed by Out Magazine in March 2015. Because the magazine focused on several LGBTQ celebrities, fans assumed he was gay.

He later ended all of these rumors by posting a picture with his girlfriend on his Twitter account in 2017 with a cute caption, which kept his fans’ tales at bay.

The girl was, in fact, actress Fahy.

Is Meghann Fahy married and has a child?

The actress is not married, and she has never been married before. Likewise, she doesn’t have a husband or a child.

The rumor of The White Lotus‘s star having a child might have spread when she posted a picture with a baby, with a caption that clearly mentioned the baby as her “niece.” She has since removed the picture from her Instagram.