How Did Michelle Randolph and Gregg Sulkin Meet? Inside Their Relationship 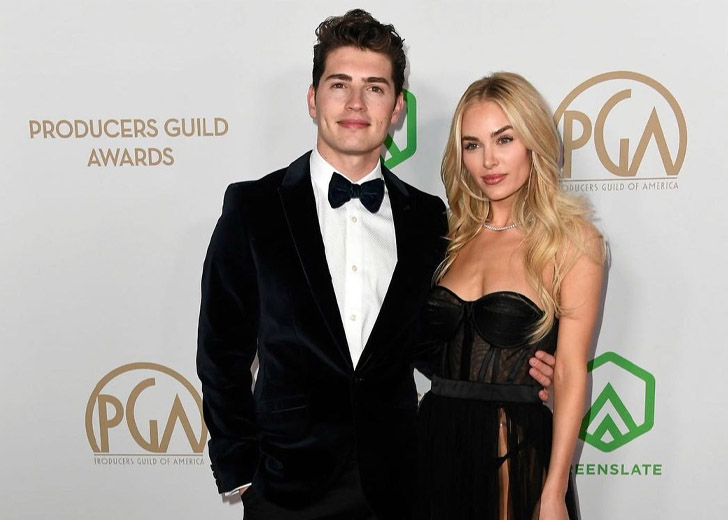 American actress Michelle Randolph currently appears as Elizabeth Strafford in the western drama 1923. The show premiered on Sunday, December 18, 2022, on Paramount+. Its next episode will release on December 25, 2022, with other episodes being released weekly.

As for Randolph’s personal life, she has been in a relationship with Gregg Sulkin for around four years. Randolph and Sulkin started dating in 2018. The couple had been friends for years before falling in love. There was rumored that they met on Facebook.

Randolph’s sister, Cassie, the winner of The Bachelor season 23, made their relationship public in October 2018, and they’ve been together ever since. The couple is constantly displaying their love on social media with adorable photos.

Sulkin first shared the news with his 5.2 million followers in 2018 and wrote, “Thank you for coming into my life & making it better. I love you.” Many people praised them as a perfect couple after seeing the post. One user commented, “Such a beautiful couple. He love shines through. Blessings, you two.” Similarly, one person notices that both of them have a dimple.

On the other hand, Randolph posted the picture with her sisters and boyfriend. According to the photo, they appeared to be celebrating birthdays and having a good time at the party. She captioned the post, “Can you have your cake and eat it too?”

The actress also posted a cute picture with her boyfriend on February 15, 2021, and expressed her feelings for him. She wrote, “Thought of well over five cheesy captions for this photo (yes 2 of them were Taylor swift lyrics), but tried to have some self-control. I love you handsome @greggsulkin. Can you feel this magic in the air it must’ve been the way you kissed me?”

Likewise, Sulkin expressed her admiration for her work and wished her a happy birthday. Speaking more of their relationship, the boyfriend-girlfriend duo is yet to share the wedding vows and become a husband-wife duo. Furthermore, they are yet to welcome any children.

Randolph does not appear to have dated anyone before Gregg. Because the actress is a private person, she may have dated but never made her relationship public. However, she was allegedly romantically linked to Koa Rothman in the past, but she has never confirmed the relationship.

On the other hand, Randolph’s boyfriend had previously dated several women. Fans thought he was dating Disney Channel star Debby Ryan in 2010. She debunked the rumors by claiming they were just friends. Following that, he began an official relationship with Bella Thorne.

Thorne told Us Weekly in 2015 about her relationship with the actor, “He’s one of the most amazing people I’ve ever met. He’s so kind, so sweet. He’s very caring even when he doesn’t need to be. And I think maybe it’s because he’s raised in such a great way with his British manners.”

The ex-couple was together for over a year before splitting in August 2016. After his breakup with Thorne, Sulkin was linked to an actress named Lexy Panterra, but their romance was short-lived. He was single for a while before getting together with Randolph.