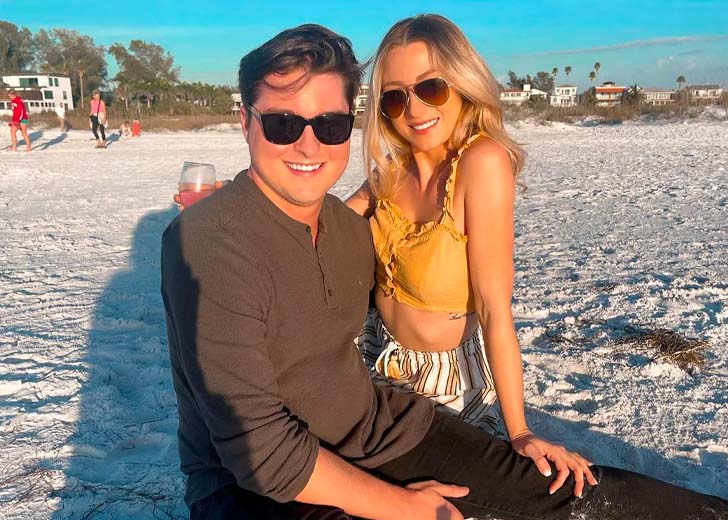 Michael Stickler, aka Mike, is best known for his TikTok videos that he made alongside his now-former wife, Kat Stickler — with whom he shared a daughter named MK.

However, since the two have divorced, both Mike and Kat have moved on with their lives. Kat is presently in a romantic relationship with her boyfriend Cam Winter.

As for Mike, he also has found love in the arms of his girlfriend named Tia Alannah Borso. Read below to learn about Mike and Tia’s relationship and more about Tia!

After going through Sticker and Borso’s respective Instagram handle, it was found out that their interaction started around July 2021 or sometime before that — Mike had liked Borso’s Instagram post of July 30, 2021.

On the other hand, Borso only started interacting with Stickler’s Instagram posts around a month later — she first liked his post on August 17, 2021. So, it’s safe to assume that their togetherness started around mid-2021.

On October 1, 2021, Borso featured her boyfriend for the first time on her Instagram handle while sharing some pictures from their trip to Chicago. She had captioned those pictures by writing, “A trip to the Windy City.”

As for their trip to Chicago, the podcast host seems to have taken his partner alongside him to surprise his mother — Stickler’s mother was working as a frontline nurse at the time. There were other family members as well, as seen in the picture.

Over a fortnight later, on October 18, Stickler took to his Instagram handle to introduce Borso as his girlfriend. His Instagram post contained multiple pictures alongside his partner from their trip to Traverse City, Michigan. “Pictures do not do this weekend justice,” he wrote as the caption.

As time passed, their togetherness became stronger and stronger. Borso was also in attendance for Stickler’s daughter MK’s (Mary-Katherine) second birthday party in November 2021 — which was celebrated in quite the style.

Several adorable pictures from that day were later posted by Borso on November 21. In some of the pictures, she was seen holding MK. Likewise, on November 24, Stickler also shared some snaps from his daughter’s birthday.

Since then, the couple has celebrated Christmas together and gone on some more trips. The last time Stickler featured his girlfriend on his Instagram handle was when the two went Skiing at the Boyne Mountain Resort.

He had shared a couple of snaps from that moment on February 12, 2022, with a caption that read, “Life is good, man.” Furthermore, it seems like Borso has bonded well with Stickler’s daughter with whom she occasionally flaunts multiple pictures.

Going by all of that, it surely seems like Stickler and Borso are deeply in love. And in addition to that, the podcast host has not only found a lovable partner for himself but a caring person who equally loves his daughter.

Who is Mike Stickler’s girlfriend?

As mentioned earlier, Stickler’s present girlfriend is Tia Alannah Borso, aka Tia Borso. Her Instagram handle suggests that she is a registered nurse who has worked in different hospitals – mainly in children’s hospitals – in the United States.

Tia Borso alongside her pet in a boat (Photo: Instagram)

Similarly, her Instagram highlights suggest that she is a travel enthusiast and loves to spend time with family and friends. Some of the places she has been to include New York City, Maine, Miami, Chicago, Las Vegas, Utah, and more.

Born in 1995, Borso celebrates her birthday every year on July 15 — making her 26 years of age. Additionally, her date of birth suggests that her zodiac sign is Cancer.

As for her family, it’s only known that her mother’s name is Laura Lawrence. On November 29, 2020, she posted some pictures alongside her mother and grandmother and wrote, “Three generations.” Details about her father and if she has siblings or not remain undisclosed.