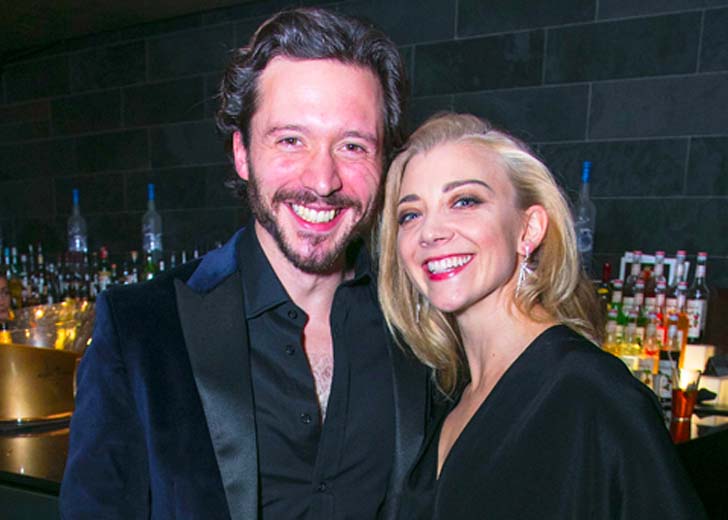 People were shocked when the Game of Thrones star, Natalie Dormer, announced that she gave birth to her first child in January 2021.

This was mainly because people did not know she was dating her boyfriend or even if she was married to her husband. The actress prefers to keep her relationship out of the spotlight, so it is not surprising that people were shocked by her announcement.

There has been little information about her dating life. At times she has been photographed with her boyfriend or baby daddy by the paparazzi, but the actress himself has given no information.

Here is everything we know about Dormer and her potential boyfriend.

According to reports, Dormer and her boyfriend David Oakes first connected while filming Venus in Fur in 2019. They have been dating ever since then.

The actress appears ecstatic with Oakes, and the two seem to get along great. They have been photographed holding hands, exchanging tender kisses, and sipping coffee in public.

They frequently stroll beside Indy, Dormer’s dog. It seems like Dormer and Oakes are only dating now and have not gotten married yet.

But since they share a child now, there are high chances that the pair might tie the knot sometimes in the future —  making Oakes Dormer’s husband instead of a boyfriend.

Like Dormer, Oakes is also involved in the entertainment industry. Oakes was born to parents Jeremy Charles Oakes and Fiona Brockhurst in Fordingbridge, Hampshire.

He is an actor and environmentalist who has been in numerous television programs, including The White Queen, The Living and the Dead, The Borgias, and others.

Oakes is a first-class English Literature graduate who also studied theater. His most recent project is as the lead character in a brand-new Vikings spinoff series on Netflix.

Despite keeping so much of their relationship private, Dormer admitted on the That’s After Life! podcast that she and her partner gave birth to a child in January 2021.

This was the first time Dormer and Oakes revealed and talked about their baby.

The Game of Thrones star joked that the ideal thing to do during a pandemic was to get pregnant and have a child with her boyfriend. She went on to say that her daughter would probably sit in a bar in 30 years and talk about her being a COVID baby.

Dormer talked about how welcoming her daughter to the world changed her perspective on life. She said, “Your whole perspective on life will change, and your whole set of value system…’ and you sort of roll your eyes and go, ‘Yeah, yeah…’ – and then you have one (baby), and you go, ‘Oh, wow!'”

After losing a lot of sleep with a newborn, she also quipped that she would never complain about shooting hours again. She acknowledged that returning to the workforce would be challenging for her.

Regardless, she plans on returning to work and balancing her career with being a mother. She has, however, thoroughly embraced parenthood, and it appears that Dormer and Oakes have matured as parents during the pandemic.