All about Paul Wesley's relationship with his wife, Ines de Ramon. 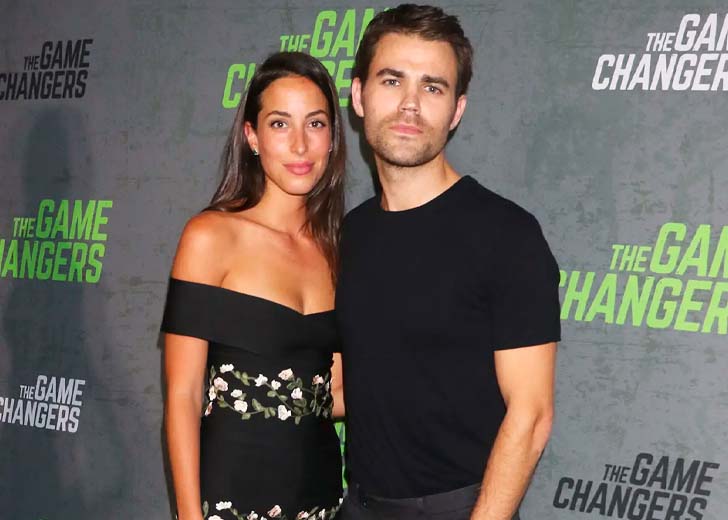 Paul Wesley is notoriously private about his love life.

He rarely talks about his personal life or gives insight into his relationship with his wife, Ines de Ramon. Both Wesley and Ramon are active on social media.

However, they do not post many stories and pictures, especially those related to their married life. This has led many to believe that the pair have split.

As a result, they often question if The Vampire Diaries star is still married to Ramon. Here is everything we know about their relationship.

Yes, according to Deuxmoi, Wesley and Ramon are still married. Deuxmoi is an Instagram page that posts news and gossip about A-listers and celebrities.

Usually, the information they receive is from anonymous sources. However, they have proven to be reliable over the years.

Deuxmoi confirmed that Paul Wesley had not split with his wife Ines de Ramon, and the couple was still married. (Source: Deuxmoi’s Instagram Stories)

On August 31, 2022, Deuxmoi was doing a Q/A session where they were asked if Wesley was still married to Ramon. The Instagram page confirmed that they had not split and were together with a single word —  yes.

It is unknown when Wesley and Ramon met and started dating. However, according to the reports, the couple began dating in June 2018 after being photographed for dinner in New York City.

Within a couple of months, they tied the knot. It was reported that in February 2019, Paul Wesley and Ines de Ramon discreetly wed.

The rumors of their marriage started after the pair were spotted wearing similar rings. The talks were confirmed by Wesley’s The Vampire Diaries co-star and close friend, Nina Dobrev.

She told the Directionally Challenged [via US Weekly] podcast that she hung out a lot with Wesley and his wife. She said, “We hang out a lot. We’re really good friends. I love his wife.”

Just Dobrev mentioning Ramon as Wesley’s wife was enough to confirm that the pair actually tied the knot.

Very little was known about Wesley and Ramon’s relationship until their marriage. They haven’t yet made their way down the red carpet together.

However, they frequently upload adorable pictures of each other and their adorable puppy. Similarly, they are often featured together on Dobrev’s social media.

Who is Ines de Ramon?

Ramon is a jeweler born in the United States in 1992. She has a very impressive professional background, especially considering that she speaks five languages.

Her LinkedIn profile shows she is fluent in German, English, Spanish, French, and Italian. She appears to be a fitness enthusiast and certified Integrative Nutrition Health Coach.

Ramon graduated from the University of Geneva in 2013 with a bachelor’s degree in business administration. She has previously worked in customer service at a hotel and a retail location.

Since early 2020, she has been the Head of Wholesale at Anita Ko Jewelry. Although she appears to be a private, she has a sizable online following.

She frequently publishes pictures of herself out and about, her husband, and her family and friends on her Instagram page. She and Wesley share a rescue dog named Gregory, sometimes known as Greg or Gregg.

During the pandemic, Wesley said that spending time with de Ramon and Greg gave him a new perspective on PEOPLE’s Sexiest Man Alive issue from 2020.

He said he needed to take a break and was in a privileged position to do so. He said, “For me, I reset. I recalibrated. Kind of realized what was important to me, reprioritized my life.”