Paul Mescal and Phoebe Bridgers are in the midst of purchasing a residence in Schull/Ballydehob, West Cork. 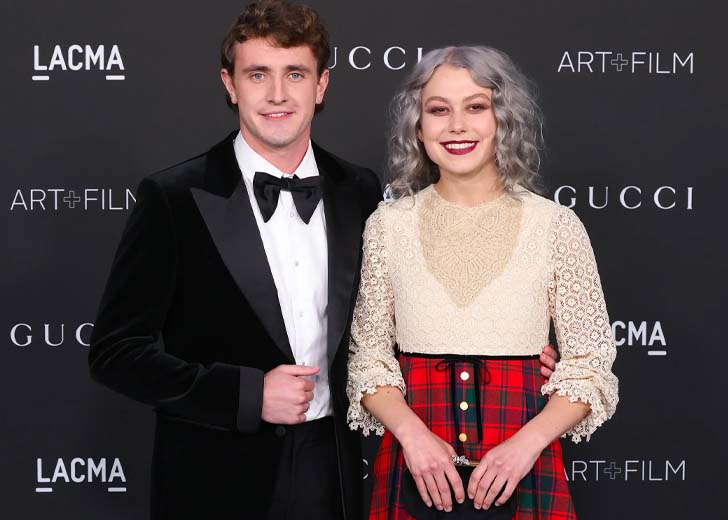 An Irish actor, Paul Mescal, and California-based singer and producer, Phoebe Bridgers, are rumored to buy a new house.

The pair are starting to take their relationship to the next level as recently there have been rumors of them getting engaged.

The 27-year-old singer referred to Mescal as her fiance while partying in Coachella earlier this month.

Meanwhile, Mescal and Bridgers have yet to confirm if they are actually engaged to each other or not and have to make an official statement regarding their buying of a new house.

Phoebe Bridgers and Paul Mescal to buy a new house

Deuxmoi, curators of pop culture, was sent an email by dontgetcaught669@gmail.com regarding Bridgers and Mescal’s details on buying a new house.

The message contained, “Phoebe Bridgers and Paul Mescal have bought a house in West Cork, Ireland,” to which Deuxmoi responded with, “things are getting serious!”

The Normal People actor and the singer are in the midst of purchasing a residence in Schull/Ballydehob, West Cork.

The pair is following in the footsteps of Saoirse Ronan, an Oscar-nominated actress who also bought a residence in Ireland two years ago.

Bridgers and Mescal were originally rumored to be dating in 2020, and after more than a year, they finally came out before making the red carpet debut.

They first linked together on Twitter, where Bridger tweeted, “finished Normal People and now I’m sad and [expletive] oh wait.”

Mescal replied, “I’m officially dead.” Looking at them casually tweeting back and forth to each other, fans thought they might have known each other prior to their tweet exchange.

On May 21, 2020, the couple hosted an Instagram live together, and a couple of months later, Bridgers flew to Ireland to meet Mescal amid the pair’s dating rumors. The actor even starred in Bridgers’ music video, ‘Savior Complex.’

They officially made a red carpet debut on November 6, 2021, at the LACMA Art and Film Gala, represented by Gucci. They finally went Instagram official when Bridgers posted a picture of herself being kissed by Mescal.

The two attended the Met Gala together on May 2, 2022, just before she introduced him as her “fiance” to her friends during Coachella weekend, a source told The Sun.

While a ring was missing on her ring finger, Mescal had a ring on his ring finger which might indicate that the actress proposed to Mescal, and he might have said yes.

The followers of the cute people’s dream might have actually come true when the rumors of them getting engaged surfaced on the internet.

“I hope Phoebe Bridgers and Paul Mescal get married and have some of the most insufferable nepotism children the world has ever seen,” wrote another admirer.