Is Roger Black aka Yucko the Clown Married To A Wife? 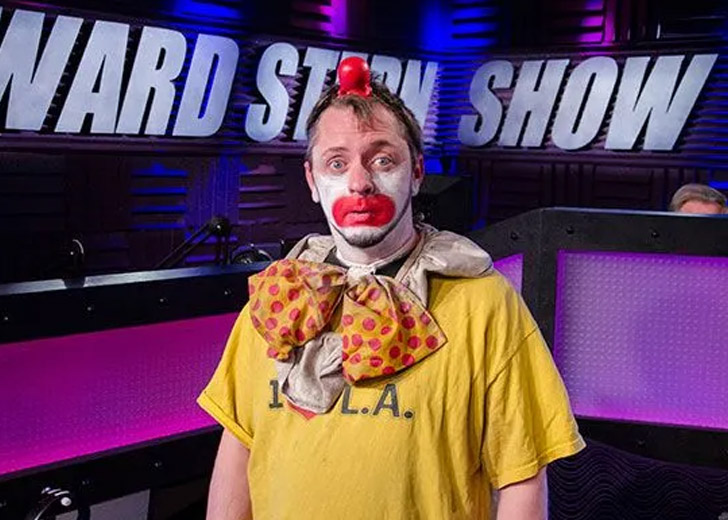 Roger Black is an American comedian and actor best known for his character Yucko the Clown. As a result of his popularity, people became invested to learn more about him and his personal life. So, is he married to a wife? or living his life as a single?

As of this writing, Black is unmarried and single. But he was previously married to Troublemaker rockstar Nicole Denyel. Their wedding was small and intimate. During their particular date, Denyel drank a Patron bottle, walked down the aisle with Black, and vomited all over the place.

In the Howard Stern Show, the couple revealed to the entire studio that they did not have sexual relations until seven days after their wedding. Denyel later said, “Thankfully.” When Howard asked her what was happening, she replied, “He’s gross.”

The Troublemaker rockstar also stated that she was no longer sexually attracted to Black and may be considering divorce as she didn’t want to live a life of regret.

Hearing Denyel’s response, Black laughed and learned that she had already decided to relocate from Georgia to Jersey. She then clarified that she wanted to leave the marriage, not because of other guys or anything, and it’s all about following her dreams.

Later, Black announced his divorce from Denyel on social media while posting a card she sent him following the breakup.

The public was shocked to learn about Black and Denyel’s marriage and the reasons for their divorce. On Reddit, one user called Denyel an idiot and a damaged brain.

They wrote, “Yucko was stupid to marry her but I guess he was a loner or someone who thought he can change her. Emotional fool.”

The person also said, “Denyel appears to have her priorities straight, which is fine, but why marry? Marriage isn’t an ice cream flavor you can try so that people don’t accuse you of not trying it out and dismissing it as unsuitable.”

Following the re-edit post, one social media user commented, “She spent the wedding throwing up in the bushes. At least you could mention what a class act she is.”

Another person wrote, “She’s a [explicit] but Yucko was a [explicit] moron for marrying her. I’ll never understand that. And the biggest mistake the show ever made was pulling back the curtain and involving us in his personal life. He was hilarious up until 2008.”

Black first appeared on The Howard Stern Show by carrying a Howard Stern sign onto a Major League Baseball field during a game. Later, he started appearing frequently as a guest, competing in the Get John’s Job competition and ultimately making it to the finals.

Similarly, the comedian is well-known for his roles in The DAMN! The show, which he co-created with fellow writer Waco O’Guin, and the MTV2 series Stankervision, which featured sketches from The DAMN! Show and aired for one season of eight episodes.

Black also made his debut in the animated comedy series Brickleberry, executive-produced by Daniel Tosh and premiered on Comedy Central on September 25, 2012. However, the series was canceled in January 2015.

Furthermore, in 2018, Black and O’Guin co-created the Netflix animated series Paradise PD, and in 2022, they co-created another Netflix adult animation series, Farzar.

Who Plays Dr. Gupta In Manifest? Everything You Need To Know