"I’d been looking for him every night. It had felt like forever," Sean Yseult recalled when she finally met Chris Lee. 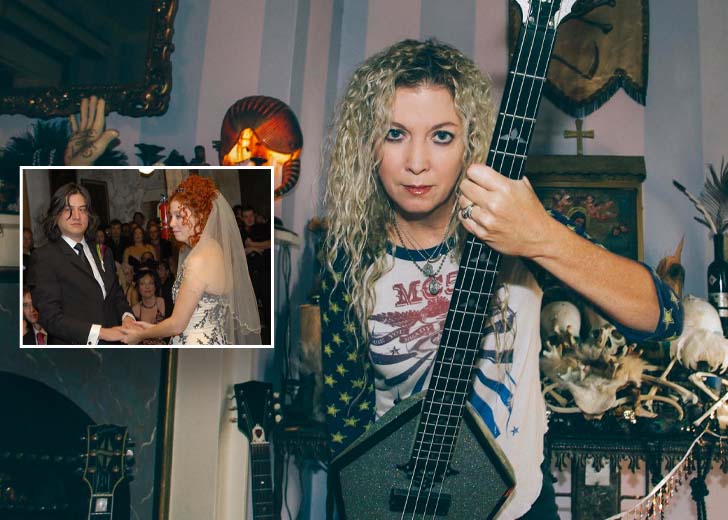 Sean Yseult is a talented American rock musician and photographer who is best known for being the bassist in the world-renowned heavy metal band White Zombie.

She played bass with the band for 11 years — from 1987 until the band disbanded in 1998. Afterward, she played bass for a couple of other bands and also followed her other passion; photography and designing.

Music has played a huge part in Yseult’s life — it gave her fame as well as connected her with her life partner. That’s right, Yseult is a married woman who met her future husband, Supagroup musician Chris Lee, all thanks to their similar works in the music field.

Sean Yseult and Chris Lee met at a music club

The time was 1998 and Yseult had recently moved to New Orleans after White Zombie disbanded. It was there she met her future husband, Lee, and both of them had fallen in love with each other.

To go into more detail, Yseult and Lee first saw each other at a music club in French Quarter named Checkpoint Charlie’s. After the show was over, Lee was giving out fliers for his upcoming show. Yseult passed by Lee and took a flier as well.

Both of them felt a spark but neither of them spoke a word. Additionally, Lee didn’t recognize Yseult as the bassist for the White Zombie. Speaking of that moment, Lee told the New York Times, “It was only eyes. There was a weird sort of connection.”

In the following days after the night at the Checkpoint Charlie’s, both of them started looking for each other, wandering through the nightlife of New Orleans. Their search for each other finally ended after almost a month at 2 a.m.

And they once again met, this time at a local run-down shack named Snake and Jakes Christmas Club Lounge. Lee was very much excited to find Yseult. “Oh, I finally found her!” he muttered within himself but didn’t let Yseult know that he was searching for her.

The same goes for Yseult. “Eureka! I found him! I’d been looking for him every night. It had felt like forever,” Yseult recalled the moment to the New York Times.

They sat down together at the club and as the place had no closing time, they talked and talked until dawn. They met plans to meet each other again, and as promised, they met multiple times afterward.

Their love story started without a word and when they finally met again, they never stopped talking. They started dating soon and the tune has been perfectly set since then.

“She’s beautiful, talented, very smart, and we’ve had a 10-year conversation and we’ve never gotten bored,” Lee said about his wife in 2008.

Sean Yseult and Chris Lee got married in 2008

By the time the couple’s conversation at Snake and Jakes Christmas Club Lounge ended, Yseult knew Lee was the one.

After they officially started dating, they rejoiced in the nightlife of New Orleans together, taking long walks around the city, visiting their favorite restaurants, making meals at their house, and helping each other in their work as a creative soundboard.

At the time, Lee was mostly on the road with his band and Yseult only had occasional tours with her new band, Rock City Morgue. Yseult understood her partner’s professional life as she is also a musician, but they had made a pact to never be away from each other for over three weeks at a certain time.

Sometime later, they started living together in New Orleans’ Lower Garden District where they share a three-story house. The couple went through some rough patches, including Hurricane Katrina and the death of Yseult’s father, but they always remained together.

Speaking of their relationship, Yseult’s friend since college Mike O’Connell told New York Times, “They allow each other to realize their own passions. It’s very beautiful to see someone back someone up so much and let them do any crazy thing that comes to mind.”

Finally, after a decade of being together, Yseult and Lee decided to take a leap in their relationship. On January 12, 2008, the couple walked down the aisle of Preservation Hall, a New Orleans jazz club, and shared the wedding vows.

Over 200 guests were invited to their wedding, including friends, family, and colleagues. New Orleans Second City Court’s Judge Mary (K.K.) Norman led the stage and officiated the wedding.

“He [Lee] claimed for years that I was the one circling around looking for him. But now I know he was definitely looking for me,” Yseult told to New York Times after their wedding.

However, the couple initially hadn’t thought of getting married. It was only possible when Lee’s brother Benji Lee, lead guitarist of Supagroup, welcomed his son. As a result, Supagroup weren’t touring for months and there was enough time for the couple to have a big party, and that included their wedding.

But needless to say, the two are still together, married, and in love with the city that has brought them together. And indeed, New Orleans means much more than just a city for Yseult and Lee.