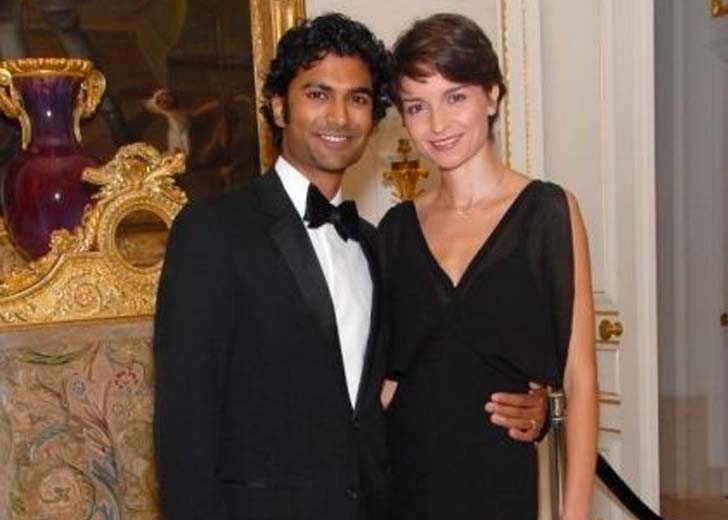 Actor Sendhil Ramamurthy is from the United States. The roles of scientist Mohinder Suresh in the NBC science fiction drama Heroes, Gabriel “Gabe” Lowan in Beauty and the Beast, and Jai Wilcox in Covert Affairs are some of his best-known roles.

Who is Sendhil Ramamurthy married to?

Ramamurthy is married to the actress Olga Sosnovska. The couple tied the knot in 1999.

The actor’s wife Sosnovska was born in Poland and now lives between the United Kingdom and the United States.

Most people may be familiar with Sosnovska from her portrayal of Polish entrepreneur Lena Kundera in the soap opera All My Children.

In the show, she shared the screen with Eden Riegel — she played the role of Erica Kane’s daughter Bianca Montgomery. Sonovska and Riegel even shared a kiss on-screen, which was the first-ever same-sex kiss in the history of an American soap opera.

In addition, she is known for her role as Fiona Carter in seasons three and four of the renowned television show Spooks, which she quit mid-season due to her first pregnancy in 2005.

Ramamurthy and Sosnovska have been quite busy with their acting career, yet they still find time for their family.

Ramamurthy, an American-Indian actor, who was born in the US, gained prominence as an actor in Bollywood as well as Hollywood after appearing in an Indian movie, Shor in the City.

The actor’s father and mother are both well-educated professionals. They are doctors. His sister also became a doctor, following in her parent’s footsteps.

When Ramamurthy was still a college student, he had to make a significant choice. In 1991, he received his graduation from Keystone School in San Antonio, Texas, which he attended. He enrolled at Tufts University as a pre-med student after getting his graduation.

He was carrying on the family tradition of becoming a doctor as his parents and sister had before him. He belonged to Theta Delta Chi’s Kappa Charge fraternity while he was a student. He enrolled in an acting course in his junior year of college.

Even though he appreciates his Indian background, he is pleased to be an American citizen.