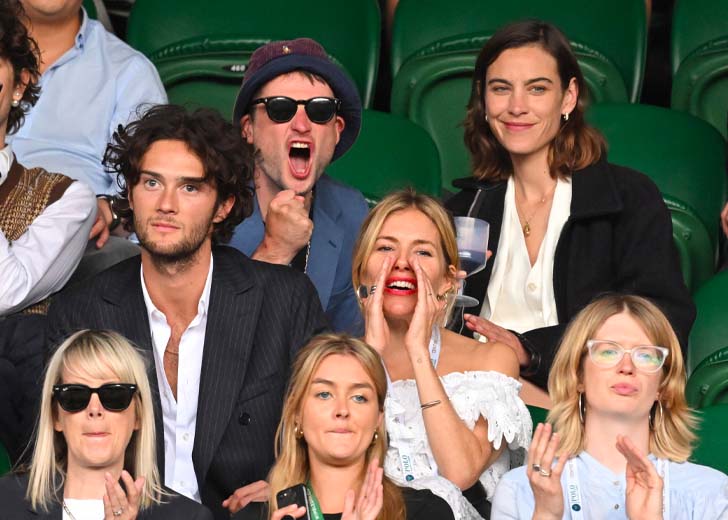 Tom Sturridge is an English actor who is quite popular for his acting as Lord Morpheus in the Netflix adaptation of The Sandman.

He has also appeared in the films like Being Julia, Like Minds, and The Boat That Rocked. His portrayal in Orphans on Broadway earned him a nomination for a 2013 Tony Award for Best Actor in a Play.

He was nominated again in the same category in 2020 for his role in Sea Wall/A Life.

On the other hand, the actor is one of three children born to actor Phoebe Nicholls and filmmaker Charles Sturridge in Lambeth, London.

Speculation of a relationship between Sturridge and Alexa Chung began after the two were seen kissing at Wimbledon on July 3, 2022.

Chung is a British writer, blogger, television presenter, online celebrity, model, and clothing designer. In 2013, she published the novel It.

Although the two have not publicly discussed the nature of their relationship, they have been sighted together twice recently, including last weekend at Glastonbury Festival.

Fans were quick to notice this relationship as one of them twitted out saying, “Tom Sturridge and Alexa Chung dating? 2008 is truly back.”

Who was Alexa Chung previously dating?

Chung was previously dating Orson Fry. When Chung and Fry were spotted acting affectionately at the All Point East Festival in May 2019, romance rumors started to circulate. The two had begun dating two months prior, it was eventually revealed.

According to Katie Hind of The Mail, a source claimed that they clicked right away. “They instantly hit it off. Now they’re inseparable and he’s practically living at her place. It’s all moving very fast, but she’s smitten,” the source stated.

“They’re also not shy when it comes to public displays of affection and were recently seen getting very cosy at the festival. They are very much enjoying themselves.”

Even though the relationship was still young, the source at the time said that Orson had almost moved into her Dalston, east London, apartment.

At the Somerset Glastonbury Festival, she put her “break” with her lover behind her and let her hair down. However, she was conspicuously absent on the night when one of the smaller stages at the festival, where she had just begun dating, took place. The reason for this is that The Mail was informed that the two have parted ways.

In 2011, Sturridge and actress Sienna Miller began dating. In July 2012, their daughter was born.

They dated for three years, ending in 2015, and have stayed close ever since as they co-parent their daughter Marlowe, now nine.

Miller is both American and English. She started her career as a photographic model, appearing in the pages of Italian Vogue and for the 2003 Pirelli calendar. She was raised in London after being born in New York City.

On July 3, The Sandman actor and his new girlfriend were spotted kissing while watching tennis at Wimbledon. Sturridge’s ex-girlfriend Miller and her boyfriend Oli Green were also seated in front of them.

Alexa uploaded a picture of herself smiling to Instagram with the caption “Wimbers.” On her Instagram Story, she also shared a few images of her pals.