Tyler Harlow made his acting debut in 2022. 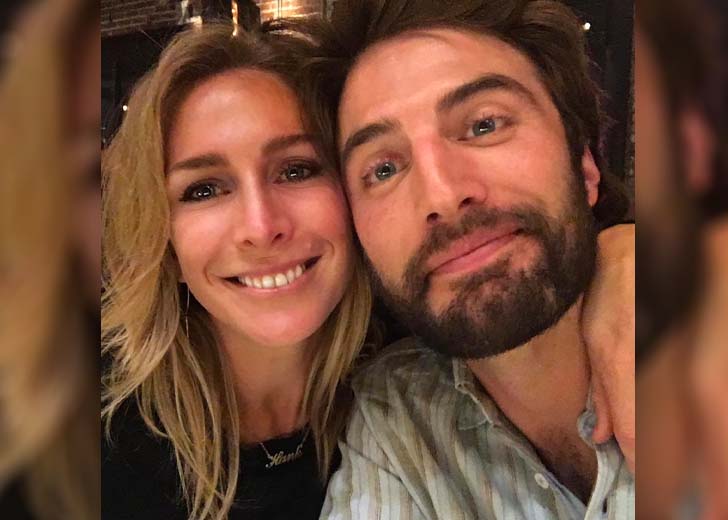 Tyler Harlow is an uprising model who has embarked on a new journey as an actor in the entertainment industry. He recently made his acting debut in the new Hallmark movie Marry Me In Yosemite.

The rom-com film was released on September 3, 2022, and stars Harlow in the lead role of Jack. Other cast members include Cindy Busby, Lexsy McKowen, Tim Halpin, Harry Daniel Davis, and Bruce D. Johnson.

Audiences were quite impressed by Harlow’s performance in his debut acting role, so they are now eager to learn more about him. And since his professional career isn’t that long, the focus now shifts toward his personal life.

Is Tyler Harlow dating a girlfriend?

As of this writing, the Los Angeles-based actor isn’t dating a girlfriend; instead, he is in a blissful marital relationship with his girlfriend turned wife, Erin Neary.

Harlow and Neary’s dating timeline is currently unknown, so the details of when and how they met each other are yet to be made public. But after going through the couple’s respective Instagram handles, their togetherness was traced back to the early 2010s.

Since that day, she has shared multiple pictures of herself with her spouse. And in all of them, the two look happy together as they enjoy the moments by traveling, spending time with friends and families, celebrating festivals, and petting their pet dog Hank.

On the other hand, Harlow’s Instagram handle, @sweet_t_6, gives a clear idea of the couple’s life after getting married — Neary hasn’t been active since 2020. As for when they got married, they walked down the aisle in the summer of 2016.

Later that year, on November 5, he shared a picture from their wedding. In the caption, he thanked his “model wife” for her resource and dedication to getting his website up and running so that he could progress towards his goals.

Tyler Harlow and his wife, Erin Neary, during their wedding photoshoot (Photo: Instagram)

The same wedding picture and some new ones have been featured several times by the actor on multiple occasions. Additionally, there are other photos of the duo relishing their days as they go to beaches, surf, travel around different places, and so on.

With years of togetherness, Harlow and Neary have built a special bond filled with love, care, and respect for each other. Their relationship has had many ups and downs, but they always stood firm and showed support.

One of the instances where Harlow publicly showered his love for his wife was on the occasion of her birthday, on October 17, 2017. He shared a selfie of Neary and wrote a long heartfelt caption, most of which was a quote.

In the end, he added his own words and wrote, “Happy birthday to the most gracious, thoughtful, loving, spectacular person I know! Revel in this day @eninny! And know I love you!!!”

Neary also appreciated such a lovely birthday wish as she commented, “It’s pretty amazing how perfect a birthday, a year, life can be when you feel so loved. Thank you for being the best part of my life. I hope you know how much I treasure you.”

With that said, it’s conclusive that Harlow and Neary’s marital relationship is going on the same flow as it has been going on since the start. As for whether or not they have children, they are yet to have them.

Who is Tyler Harlow’s wife?

As said earlier, Harlow’s wife is a model who has done modeling for multiple ad campaigns. And it’s reported that she is also an actress who has been working in theatres.

On the modeling side, Neary was featured in the advertisement for Jackson Hole Jewellery in 2018 and has previously worked with Jackson Hole-based clothing line named Western Range Clothing Co.

Similarly, she strongly supports the Bra for the Cause campaign, which raises awareness and “supports local women and families struggling” with breast cancer. As a supporter, she has made several posts about them via her Instagram handle.

On a personal side, Neary has one sibling, an elder brother named Patrick Neary. And she celebrates her birthday every year on October 17. Besides that, there isn’t much information about her exact age or her parents and other family members.