Miracle Watt claimed that her boyfriend was never engaged to April King. 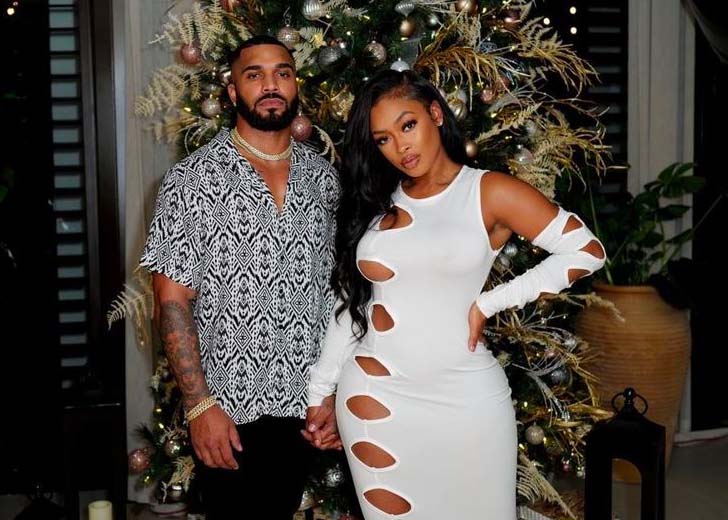 Tyler Lepley’s ex-fiancee April King and his new girlfriend Miracle Watts are feuding after Watt claimed that April’s children were also her.

Lepley was previously engaged to his longtime fiancee, Hollywood talent agent King. When the ex-couple split up, they had two children.

After the separation, Watts and Lepley announced their engagement near the end of 2021. They were first seen together in the summer of 2021 and quickly became a fan favorite as they continued to appear on numerous occasions.

The two have their names inked on the sides of their bodies. Watts’ name was tattooed on Lepley’s rib, which was confirmed by Watts, who shared a birthday tribute to Lepley in March 2022.

Watts is also expecting her first child with boyfriend and actor Lepley. Watts announced the news on Instagram, along with a video. “A LOVE STORY,” the caption says.

Moreover, the couple recreated a scene from The Notebook in which they confessed their love for each other while driving in a convertible. Miracle emerged from the car after they had parked, wearing a two-piece yellow crop top and skirt ensemble that revealed her baby bump.

There have been some baby mama drama on social media between Lepley’s ex-fiancee King and the actor’s girlfriend Watts.

Watt used social media to express her dissatisfaction with the downsides of being a full-time entrepreneur. Despite having a large fan base, she admitted that her sales were not as strong as she would have liked.

The influencer also stated that she couldn’t give up on her growing business because she had children to support. She also included the actor’s two children from his previous relationship with King, Leo, and Jade.

The argument began when a user asked Watts if she had more than one child, to which Watts replied, “Yes, I have three kids with heart emoji.”

King eventually found out about the video, and she didn’t seem happy with the Miracle Lifestyle CEO claiming her daughter and son. She wrote in the comments section. “You do? You’ve met Leo and Jade twice. They are not your kids.”

Following the comment, Watts responded, telling the talent agent that she would never try to fill her “shoes as a mother.” However, Lepley has stayed away from the fight as he has not stated anything in this matter.

Watts took advantage of their social media feud to address another issue she had with Lepley’s ex-girlfriend. The actress claimed that her boyfriend was never engaged to King in the first place.

Under Hollywood Unlocked’s repost of a recent TikTok video, Watts wrote, “That is not that man’s ex-fiancee,” appearing to criticize King further. Watts also claimed that she and King discussed the rumor at one point, but that conversation never made headlines.

King has not responded to the comment. As a result, whether or not the statement is true is unknown.