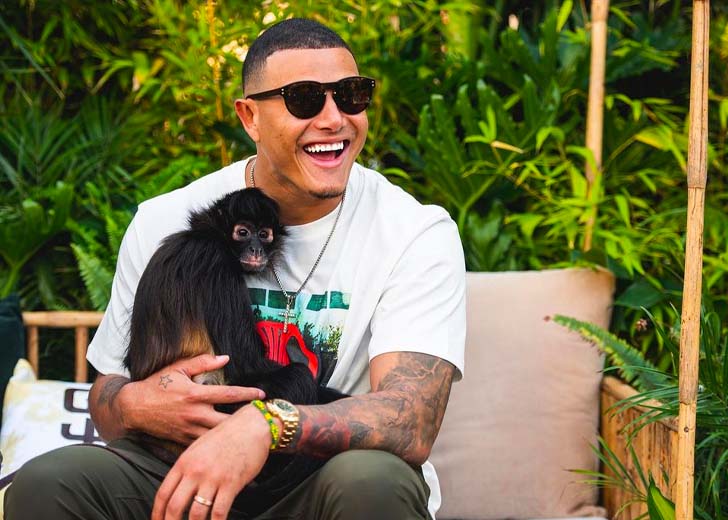 Manny Machado is a world-renowned Dominican-American professional baseball player who has been playing as a third baseman and shortstop for Major League Baseball’s San Diego Padres since 2019.

A highly skilled player, Machado has accomplished many accolades in his career. For instance, he has been included in the American League (AL) All-Star team five times. He is also a two-time Gold Glove Award winner and a one-time Platinum Glove Award winner.

Coming over to his club playing career, he has only played for three professional teams to date. In the 2010 MLB draft, he was drafted third overall by the Baltimore Orioles and played with the team from 2012 to 2018.

Upon his release from the Baltimore Orioles, he joined the Los Angeles Dodgers as a free agent and helped his team reach the World Series. In 2019, Machado signed a record 10-year deal with the San Diego Padres.

At the time, his contract with the San Diego Padres was the largest free-agent contract in American sports history. And since joining the MLB club, the 29-year-old Miami native’s life has changed, and he is living large. Here’s a look!

A look at Manny Machado’s assets: house, cars, and more

Speaking more of Machado’s contract with the San Diego Padres, it was a 10-year deal worth $300 million. So, that clearly gives the idea that the professional baseball player had a lot in his pocket from that deal and his previous earnings.

Sometime after he signed his contract, the Brito Miami Private School graduate bought an expensive mansion in Coral Gables, Florida, for $11 million. The estate was originally built in 1994 and covered 8,305 sq. ft and 121 feet of beachfront.

But one mansion wasn’t going to do for him as Machado went on to buy another one as well for a price of $10 million. The second mansion had a beachfront view and was located in San Diego — it also gave a lovely downtown view of the city.

Speaking more of the second mansion, it had Dutch-style decoration and ironclad patios, and the interior was later changed to a Las Vegas-style inspired decoration. The villa had eight bedrooms and eleven bathrooms and was built over a land of 7,310 sq. ft.

That’s about it about the mansions. Now, another luxury thing Machado owns is a private jet. Yes, that’s correct. The baseball player is an owner of a private plane, and he can be seen flaunting multiple pictures from outside and inside the jet.

Speaking more of the jet, it seems to be a Dassault Falcon 50 with the tail number N950DB. And as fond Machado might be of mansions and private jets, the fondness doesn’t seem to be the same for vehicles, particularly cars.

Manny Machado and his wife, Yainee Alonso, outside their private jet (Photo: Instagram)

As per reports, he has been seen driving his 2018 Chevrolet Tahoe. So, that’s about it regarding some of the expensive assets that Machado owns. What might be next for him? A yacht? That’s possible as Miami has direct access to Biscayne Bay. Let’s wait and see!

How much is Manny Machado’s net worth?

When Machado was selected third overall by the Baltimore Orioles, he signed a contract worth $5.25 million — a deal that lasted till late 2016. In January 2017, the two parties agreed to a one-year deal worth $11.5 million.

His earnings with the Los Angeles Dodgers in 2018 remain unknown for now. But, when he signed a 10-year deal with the San Diego Padres for $300 million, it became the talk of the town as it was the biggest contract in baseball history at the time.

And as per that contract, Machado was set to earn an average salary of $30 million per year for the next ten years. And that earning was already on top of the $50 million net worth that the baseball player had accumulated, per Celebrity Net Worth.