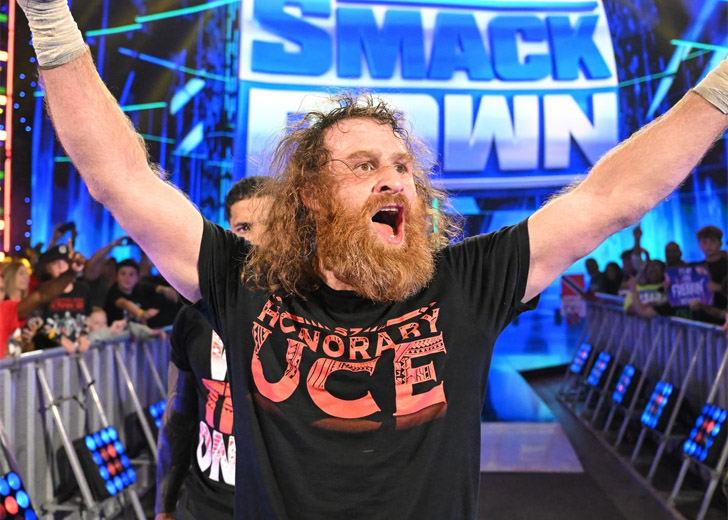 Zayn began his career in professional wrestling in 2002 under the ring name El Generico, also known as The Generic Luchador. He wore a red mask that resembled the letters S and Z when he played this character.

He wrestled as El Generico for several promotions, including International Wrestling Syndicate, Pro Wrestling Guerrilla, Chikara, Ring of Honor, Dragon Gate, and others.

Later, when he first joined WWE, he wrestled without a mask and under his real name, but after a few weeks, he debuted as Sami Zayn.

The Canadian wrestler signed with WWE in January 2013 and made his in-ring NXT debut in March. Since then, Zayn has been a huge part of WWE, making his Raw and SmackDown debut in the latter years and winning multiple titles.

Zayn’s net worth is estimated to be $2 million, which has grown drastically over the years. Likewise, the wrestler’s salary is around $331,000 per year. His primary source of income is his WWE fighting and stardom.

Sami Zayn has been a wrestler for over 20 years. (Source: Instagram)

Zayn had wrestled 1578 matches in his 20-year career, winning 675, losing 880, and drawing 23, for a win percentage of 42.8% throughout his 20 years of career. As a result, the amount of love Zayn receives cannot be quantified.

The Canadian wrestler’s mantra is “dedication and hard work,” which has served him well. He rose to prominence by winning fight after fight. He is also known for his humor, but things change when he enters the ring.

Furthermore, Zayn has earned numerous games, both domestically and internationally. He has won the wXw Unified World Wrestling Championship in Germany and the DDT Pro-Wrestling KO-D Openweight Championship in Japan.

He is also the first to have won the PWG World, World Tag Team, DDT4, and Battle of Los Angeles tournaments. Similarly, in WWE, he is a one-time WWE NXT Champion once and 3-time WWE Intercontinental Champion.

Even though Zayn is a full-time wrestler, he earns money from other sources, such as promotions and sponsorship. He is also active on his Instgaram with 681k followers and 441 posts.

According to his social media, the superstar established the Sami for Syria Fund to assist the Syrian American Medical Society in its mission. He has already assisted in establishing one medical tent in the war-torn region and plans to do much more.

The Canadian wrestler is a very private person who prefers to keep his personal life out of the spotlight. As a result, all that is known about him is that he is married and has a child. However, the names of his wife and child have yet to be revealed.

In one episode of WWE’s Talking Smack, fellow wrestler A.J. Styles mocked Zayn, saying he was out of shape and shouldn’t be in the match.

Styles also blamed Zayn’s unfitness because he had recently become a father and had not trained well as he had been taking care of his wife. Following that, Joseph parks, a WWE producer, added that Zayn also rubbed his wife’s feet.

Everything To Know About Sami Zayn’s Religion And Ethnicity