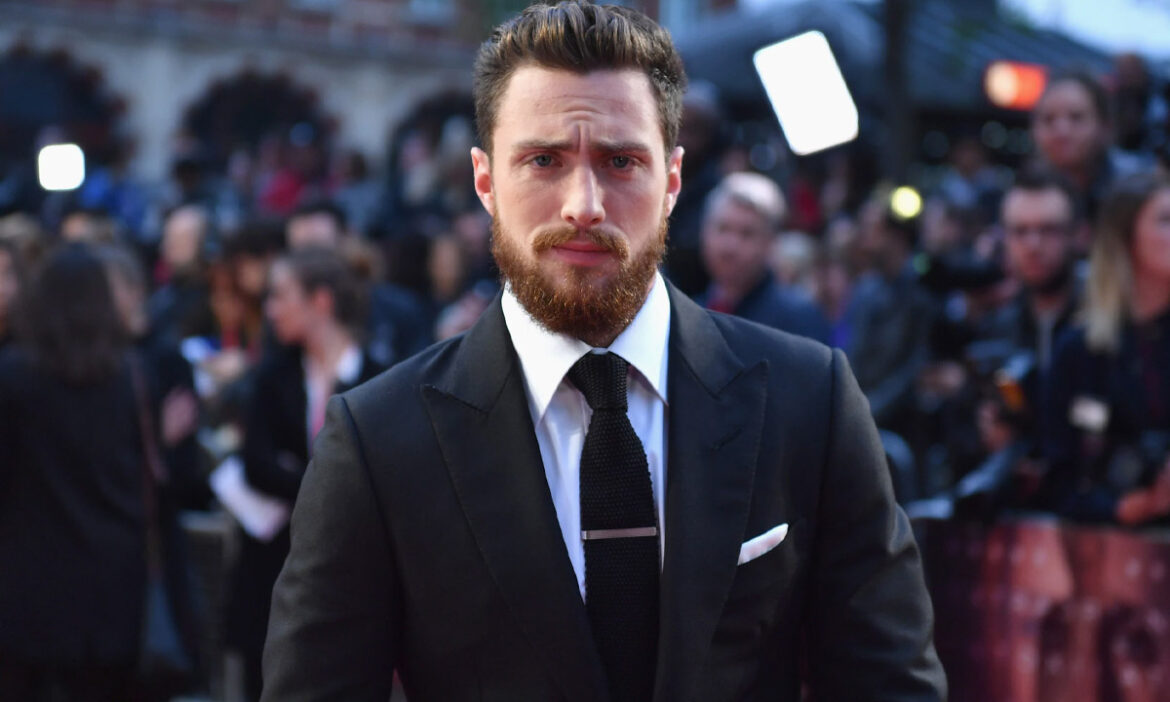 English actor Aaron Taylor-Johnson is best known for his performance in the superhero action comedy Kick-Ass and its 2013 sequel.

Johnson has been acting since he was a child. He got his first taste of the entertainment industry when he was only six years old. He landed a commercial part and continued to act as he grew older. He eventually dropped out of high school at 15 because his filming schedule was too hectic.

In 2003, the actor debuted as Charlie Chaplin in the martial arts action comedy Shanghai Knights. Since then, he has appeared in several films, including The Illusionist, Thongs and Perfect Snogging, and many others.

The actor made his breakthrough as John Lennon in the 2009 biopic Nowhere Boy, directed by Sam Taylor-Johnson, whom he later married in 2012.

Later, in 2015, Johnson debuted the Marvel Cinematic Universe character Pietro Maximoff in Avengers: Age of Ultron. Following the years, he made his film debut as psychopathic drifter Ray Marcus in Tom Ford’s thriller Nocturnal Animals. In 2022, he played Tangerine in the action comedy film Bullet Train.

Johnson transitioned from playing young versions of characters to starring roles in Hollywood. He is renowned for his exceptional acting talent and versatility in all roles. Many fans are curious about his earnings and net worth after his tremendous success in the entertainment industry.

Aaron Taylor-Johnson’s net worth in 2023

Johnson has a net worth of approximately $16 million. His primary source of income is his acting career. Because the actor has been active in the entertainment industry for nearly two decades, he undoubtedly earns a large sum.

Likewise, Johnson has appeared in independent and high-budget films and co-produced projects. He has not only played one Marvel character, but he has also played another superhero on screen.

Aside from his acting debut, Johnson also dabbled in production and screenwriting. He co-wrote the drama A Million Little Pieces with his wife and starred as the lead James Frey in 2019.

In addition to his earnings, the actor has won many accolades and received a lot of love for his roles in various films and television shows. Some of his awards include the 15th Empire Awards, 74th Golden Globe Awards, 75th Locarno Film Festival, and many more.

Aaron Taylor-Johnson is famous for his fashion

As previously stated, Johnson is best known for his incredible acting ability. However, he has also received a lot of praise for his attire.

According to GQ, the actor was named one of the top 50 best-dressed British men in 2015. Even though it may not be as significant as the Golden Globe award he received, it is a testament to his fashion sense to be highlighted in this manner.

He has become increasingly well-liked on social media thanks to his attractive appearance and excellent acting skills. As of this writing, Johnson has 438k followers and 46 posts on Instagram.