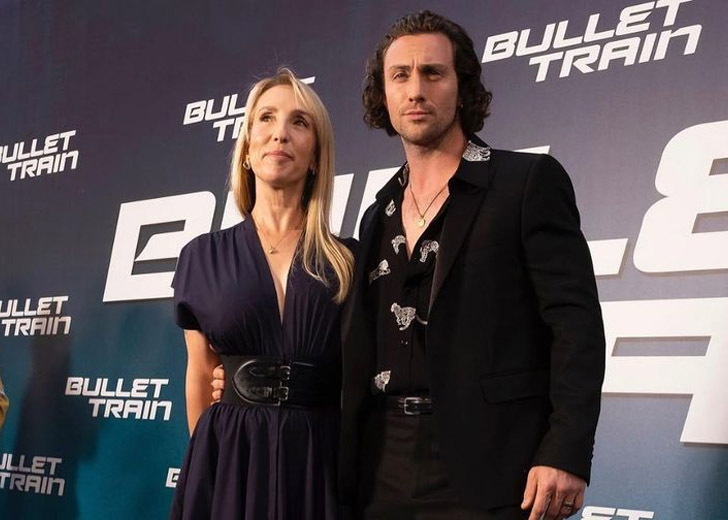 English actor Aaron Taylor-Johnson is best known for his performances in movies and TV shows like Nearly Famous, Kick-Ass, Godzilla, Avengers: Age of Ultron, and Bullet Train. As of now, he has been married to his wife, Sam Taylor-Johnson, for over a decade.

Aaron and Sam met when Aaron auditioned for the role of John Lennon in Sam’s feature film debut, Nowhere Boy, in 2008. At the time, the actor was only 18 years old, whereas Sam was a 42-year-old renowned artist, director, and mother of two daughters from a previous marriage.

The actor recalls what Sam was wearing on the day they met. In 2019, he told Harper’s Bazaar, “I remember Sam wearing a white shirt, which she still has. It changed my life, but not in the way I expected.”

Likewise, Sam told The Telegraph UK that Aaron’s preparation for his audition immediately impressed her. She said, “I could tell how much research he’d done already just by the way he stood and the few words he said.”

Aaron proposed to Sam as soon as they finished filming the movie, although they both behaved professionally on the set. In 2009, the couple made an engagement announcement at the Nowhere Boy UK premiere.

The couple welcomed their first child, Wylda Rae, in July 2010 after a year of engagement. Later, their second daughter, Romy Hero, was born in 2012. Aaron and Sam married in June of the same year and changed their surname to Taylor-Johnson.

Sam and Aaron recently marked their tenth wedding anniversary with a romantic vow renewal on the summer solstice.

As Sam and Aaron’s renewal made headlines, many fans expressed surprise at the two celebrities’ ages when they first met. One fan wrote, “Awful as hell. There’s nothing sadder than seeing young people being groomed by their old [explicit] partners.”

Aaron and Sam Taylor-Johnson have an age gap of 24 years. (Source: Instagram)

While another said, “I wouldn’t blink at the age difference if they met now, when he was a full-grown adult. But she met him when he was 15 and she was 39 years old. That is completely unacceptable.”

Likewise, one user commented, “This whole relationship makes me so uncomfortable,” and another wrote, “To each their own, but I will never not think this is weird.”

Even though there have been numerous negative comments about them, some people support their relationship. “People are so horrible – just ignore them 4 they envy what you have real love,” one fan wrote, and another added, “They are happy couples. Age is just a number.”

Aaron has spoken about his 23-year age difference from his wife. He explained, “I’d already lived a life far beyond most of my contemporaries when I met Sam – I didn’t relate to anyone my age. I just get the feeling we’re on the same wavelength.”

Likewise, Sam told The Sunday Times, “When you’re completely in love with someone, you don’t think about the age. I wasn’t thinking that way, but we had this intense connection: I could tell by the twitch of an eyelash whether he was focused or not.”