Everything about Abigail Breslin’s Weight and Eating Disorder 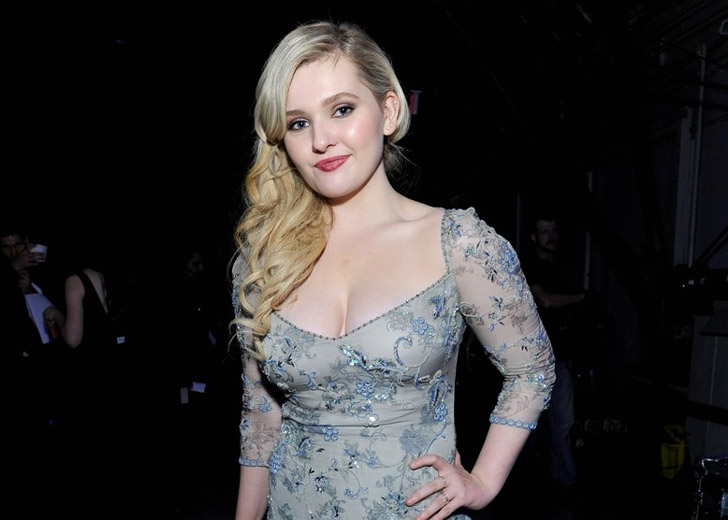 American actress Abigail Breslin is best known for her role in the comedy-drama film Little Miss Sunshine. She has been against body shame for the longest time.

Breslin had an eating disorder when she was 14 years old. She gained a lot of weight as a result of her condition. Even though she has been famous since childhood, she has also received negative comments about her body, which has affected her mental health.

As she grew older, she learned to deal with negative comments and spoke out against body shaming. Breslin recently discussed eating disorders on her Instagram page.

She posted the text on her Instagram account, saying she came across many negative comments on a friend’s picture accusing her of having an eating disorder.

Breslin understands the significance of the negative comments because she was an eating disorder survivor. The actress also stated that everyone has a different body type and shape, but judging people based on their physical appearance is absurd.

Therefore, the 26-year-old actress is fed up with people referring to women in the entertainment industry as fat.

Breslin has also slammed a Twitter troll in the past who commented on her weight, calling their remarks disgusting and harmful. Similarly, in 2015, the actress spoke out against body shame in response to Selena Gomez’s bikini photo.

She wrote, “All this stuff about Selena Gomez online in her bathing suit is ridiculous. Everyone is always saying how we shouldn’t judge each other, so why are you commenting on a gorgeous, talented, and smart young girl’s body when she’s on the beach having fun with her friends, and she looks amazing? Aren’t there more important things the world can be reporting on??”

Breslin also wondered how young girls should grow up normally, not feel bad about themselves, and not develop eating disorders if weight gain or loss is front-page news.

Furthermore, this is not the first time Breslin has addressed the issue of body shaming; she has used her platform to encourage women to support one another and, most importantly, to focus on qualities other than physical appearance.

The 26-year-old actress posted the screenshot of the ad along with the caption, “wow honestly disgusted by this @goldsgym you should be ashamed of yourselves. Things like this are the reason 9 year old girls develop eating disorders.”

“Working out should be something you do for yourself, your health and your mind & body, not cuz a corporation declares your body shape isn’t what girls should look like.”

Breslin added, “Also I wonder if it’s cool with Golds Gyms for men to be pear shaped? Interesting they had to single out females. Good job for preying on people’s insecurities and perpetuating body image issues! Good thing I’ve never signed up for your Gym, now I certainly never will.”

Following the post, many people agreed with the actress and began to share it, making things worse for Gold’s Gym. The Gym later issued a lengthy apology letter on social media, distancing itself from the Dreamland franchise.

Info on Allison Holker’s Age, Parents, Height, and Net Worth