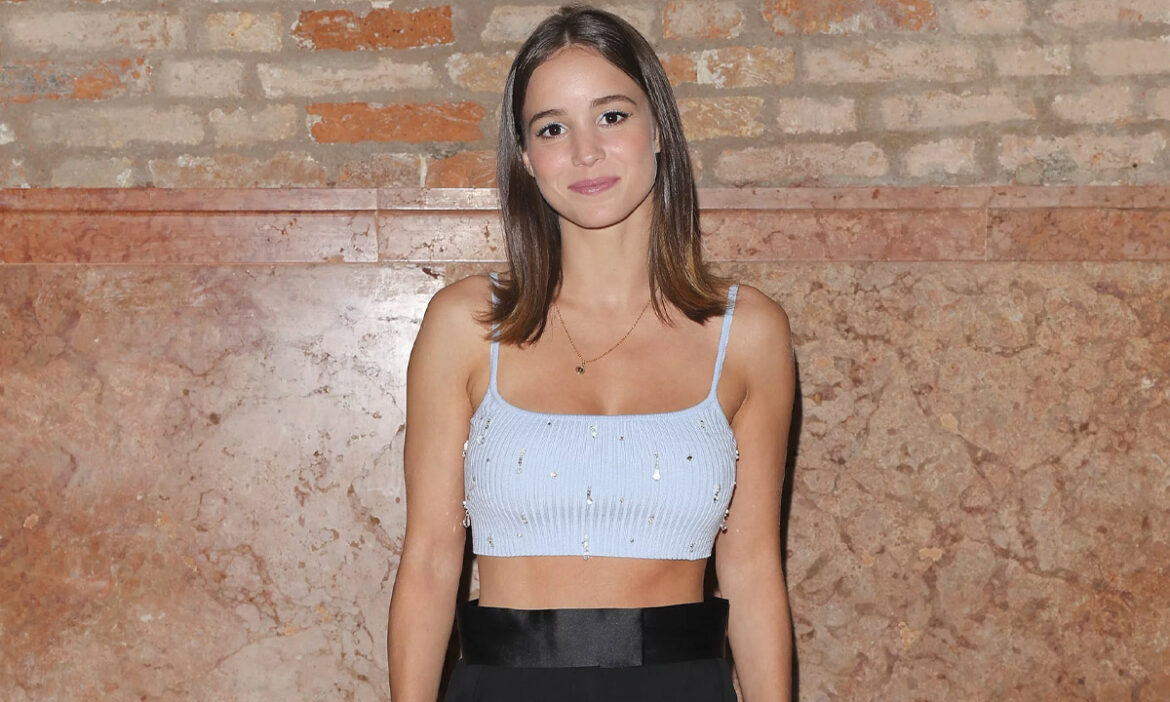 Baptista’s career officially began when she was cast as the lead in Simo Cayatte’s short film Miami at the age of 16. She also won Best Actress for her Festival Ibérico de Cine performance.

Later, Baptista appeared in various Portuguese series, including A Criaço, Caminhos Magnétykos, and Equinócio. She also debuted in the Gonçalo Waddington-directed film Patrick in 2019, which had its world premiere at the San Sebastián International Film Festival.

Additionally, the actress starred alongside Harvey Keitel, Sônia Braga, and Joana Ribeiro in the 2020 film Fatima. In the same years, she made her acting debut in Warrior Nun, her breakout performance in her entire career. Baptista recently appeared in the 2022 historical comedy-drama Mrs. Harris Goes to Paris as Natasha.

The actress has gained a lot of fame throughout her career. As a result, many of Baptista’s fans are eager to learn more about her height, weight, and personal life.

Baptista stands 5 feet 6 inches (1.68 meters) tall and weighs 53kg. However, IMDb shows the actress’s height is 5 feet 2 inches (1.59 meters). Regardless of her height, she has the ideal body that many people desire.

The Warrior Nun actress might eat healthily and exercise regularly to keep her body in shape. Looking into Baptista’s Instagram account, she is interested in sports, particularly boxing. On November 1, 2020, the actress shared a photo of herself wearing boxing gloves, but she did not specify whether it was just a pose or she was really into boxing.

Moreover, Baptista has brown hair and black eyes, which complement her appearance. She also has a magnetic personality that draws many people to her.

Baptista dated Evans for over a year before their relationship became public in November 2022. Page Six confirmed the rumors on November 10, 2022, depicting the couple holding hands while strolling through Central Park.

Evans also struggled to keep his emotions to himself after leaving a flirtatious comment on the actress’ Instagram. Baptista shared a now-deleted photo to promote the film A Dream In Paris, to which Evans commented with clapping hands and a melting face emoji. Since then, the couple has been together.

The duo has an age gap of 16-years age difference which often comes as a matter of controversy among their fans. Some people make fun of them, saying they look like a father-and-daughter duo. One of the followers tweeted, “the age gap between Chris Evans and Alba Baptista still weird to me.”

However, the majority of their fans are supportive of their relationship. One person wrote, “why’s everyone so pressed about the age gap between Alba Baptista and Chris Evans? Thet’re both two consenting adults, they can make their own decision. Just grow up and be happy for them.”

Furthermore, Evans does not believe the age gap between the two is a major issue but instead sees his age as an advantage when it comes to dating.