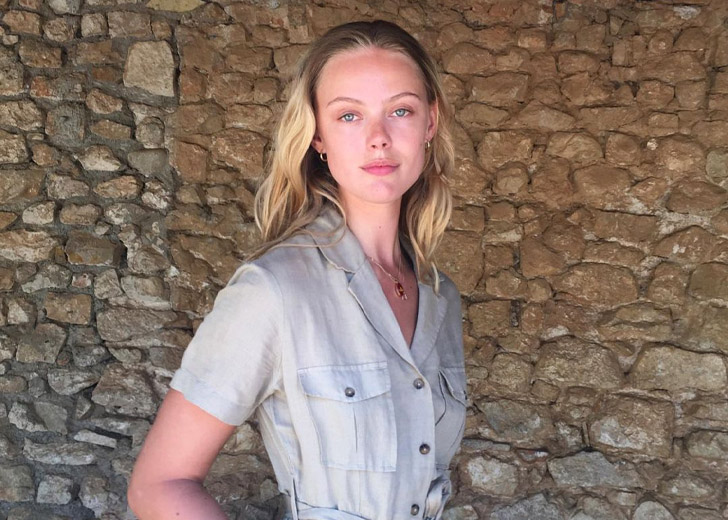 The Swedish model and actress Frida Gustavsson is best known for her recent role as Freydis Eriksdotter in the Netflix series Vikings: Valhalla.

Gustavsson began her acting career as Klasskamrat in the 1998 television series Nar Karusellerna Sover. Later in 2015, she starred as Jeena Svensson in the mini-series Arne Dahl: Efterskalv.

Likewise, Gustavsson portrayed Vuxna Thea in the television series Drom. In the same year, she appeared in the fantasy-drama series The Witcher. Her other well-known roles include Alex in De utvalda, Clara in Partisan, and Vibeke in Tigers.

Moreover, she worked as a model in addition to acting. She appeared in numerous magazines, including Elle, W, Numero, Japanese Vogue, and many others.

As the Swedish actress has worked in the entertainment industry for many years, she has amassed a substantial fortune. Gustavsson’s net worth is estimated at around $1.5 million as of 2022. Her net worth could skyrocket shortly as she remains active in her profession.

This article will discuss the actress’s height, weight, and role in Vikings: Valhalla.

Gustavsson is one of the tallest Swedish stars with a successful career. She stands at the height of 6 feet 1 inch or 1.85 meters, and her weight is only 61 kg or 134. 5 lbs.

Likewise, the actress’s body measurements are 32-24-35 inches. Gustavsson possesses the ideal body that many people desire.

Gustavsson works out regularly and eats healthy foods to keep her body in good shape. She also participates in sports to stay fit. On April 27, 2021, she posted a picture of her in a tennis outfit and captioned, “had the immense pleasure of playing with the tennis legend.” According to the post, the actress enjoys tennis.

In the Netflix series, Gustavsson played the role of Eriksdotter, the daughter of Erik the Red and the sister of Leif Eriksson. However, in an odd coincidence, Gustavsson’s real-life brother and father share the same names, Leif and Erik.

To prepare for the role, the actress read several books, her favorite being Valkyrie: The Women of the Viking World by J. Fririksdóttir. She was also an accomplished horsewoman before the show, which gave her an advantage during the scenes on horseback.

Gustavsson stated that she enjoyed playing the role of Eriksdotter because the character has a spiritual side to her. She told Tudum, “I think deep inside me, a thousand-year-old Viking woman spirit laid dormant. I didn’t know I could sound like that.”

Furthermore, Gustavsson believed she grew physically and mentally in preparation for her character in Vikings: Valhalla. The actress also worked with a personal trainer to strengthen her back, shoulders, and arms while the filming for the series was delayed for months due to the pandemic.

In terms of physical appearance, Gustavsson, as previously stated, stands tall at an impressive 6 feet 1 inch. Her height adds weight to her character, who is described as fiery and headstrong. However, the average height of Viking women was 5 feet 1 inch, and Gustavsson is, therefore, a foot taller than the typical Viking woman.