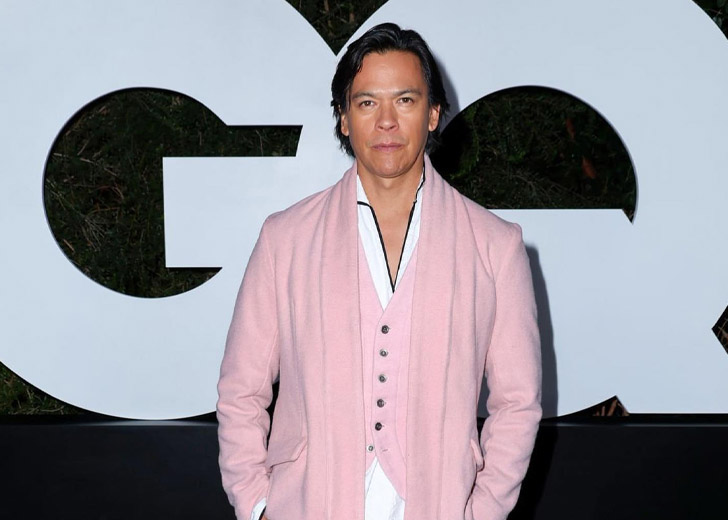 Chaske Spencer is a well-known Native-American actor. He is most recognized for his appearances as Sam Uley in The Twilight Saga film series, Deputy Billy Raven in Banshee, and Dominic Masters in Blindspot.

Amazon Prime/BBC Two’s The English, a limited series by Hugo Blick released in 2022, stars Chaske Spencer as the co-lead alongside Emily Blunt.

He starred in the 2021 Sundance premiere of the feature film Wild Indian, for which he received a 2022 Independent Spirit Award nomination for Best Supporting Actor. Here are some more facts about the award-winning actor.

Chaske Spencer was thinking of being a photographer

While receiving acting instruction from teachers David Gideon and Ed Kovens, he worked odd jobs. He first appeared in the movie Skins in 2002, leading to roles in Dreamkeeper and Into the West.

Spencer rose to stardom using his acting abilities. Acting is his primary source of income, and according to multiple media outlets, Spencer has an estimated net worth of about $4 million.

Spencer is the kind of actor who keeps his personal life private. But Entertainment Daily reports that he is neither married to a wife nor dating a girlfriend. The source also reported that he formerly dated Emilee Wegner, with whom he frequently attended red carpets.

The couple hasn’t been spotted together, though, since 2014. So, it’s best to assume that the two broke up. On the other hand, the actor previously hinted that at least one of his previous relationships ended because of his substance addiction.

Spencer struggled with substance addiction and alcoholism during his adolescence. Throughout college, he kept up his heavy drinking. Later, he entered treatment after being addicted to heroin and cocaine.

Several media outlets stated in December 2009 that Spencer was in rehabilitation before filming New Moon. As per reports, he was at a Native American recovery center, where he told a rehab patient that no one should know he was there “because it may damage my career.”

The actor ultimately gave up using drugs while in rehabilitation. He was on the brink of giving up on acting before his agency contacted him to schedule an audition for New Moon, Twilight’s sequel.

“I am grateful that I have been clean and sober now for 19 months and cannot imagine my life if I had continued using drugs and alcohol. Almost everything else that was written about this is blatantly false and we are exploring our legal options.”

“That was my past, and I am thankful that I had the opportunity to create a new future for myself,” he added at the end.

Born on March 9, 1975, in Tahlequah, Oklahoma, Spencer is now 47 years of age. He grew up in Montana, Kooskia, Lapwai, and Lewiston, Idaho.

As of now, there is only a little information available about his family life. It’s reported that his father worked as a Counselor at a High School, and his mother served as a teacher in another local Alternative High School. Likewise, he has two younger sisters.

His name, Chaske, pronounced as “chess-kay ” means cheerful in the Native-American language. It is sometimes translated as “first-born son.”

His ancestors are from the Native American tribes; Lakota, Nez Perce, Cherokee, and Muscogee, as well as the French and Dutch. He belongs to the Fort Peck Tribe, a reservation in Montana.