Paulina Chávez's mother would drive her for five hours and then return for her one-hour acting class. 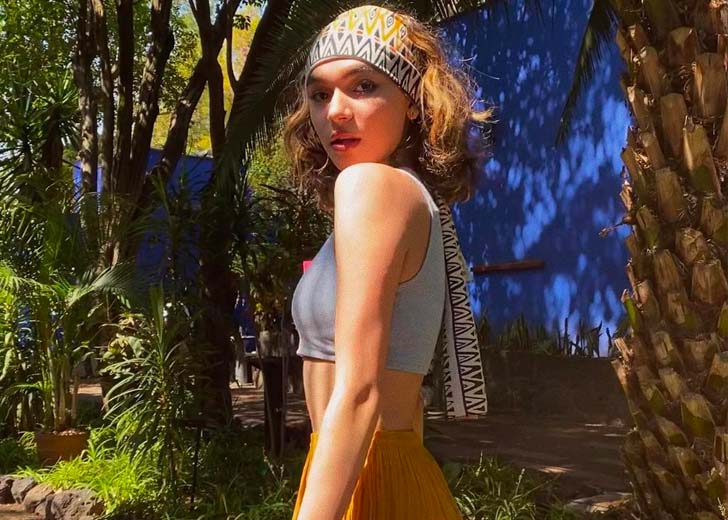 Paulina Chávez is an American actress who plays Flora in Netflix’s Fate: The Winx Saga.

Chavez is best known for her starring role in Netflix’s The Expanding Universe of Ashley Garcia. She is also well-known for her role as Isabella in the television series Padre Pio.

In The Expanding Universe of Ashley Garcia, she worked with Eva Longoria on several of the episodes’ directions.

1. Paulina Chávez has been interested in acting since her early life

Chávez was born in the Texas city of El Paso. When she was six years old, her family relocated to San Antonio. She liked to play parts in theater productions in elementary school.

Her mother was a teacher, so she went to school with her. Chavez used to stay with her mother after school because her mother had meetings. She used to roam the halls during her leisure period.

She went to the cafeteria, where she saw other people rehearsing. So she knew she had to do it the following year. She later auditioned, and there was a panel of teachers she didn’t recognize, so she bolted from the hall. Then her second-grade teacher approached her and said, “You have to do this because you will regret it later.”

Since then, she has only participated in every school play until middle school. She made her acting debut in 2016 with an appearance on the show Day 5, and she gained even more attention in 2018 when she made her feature film debut in Colossal Youth.

When Chávez’s mother first told her that she was interested in film acting, she did a lot of research. Later, her mother discovered an acting studio in Dallas, about five hours away from her home.

Her mother would drive her for five hours and then return for her one-hour class. She was also working full time at the time. Chávez has the full support of her mother and father, who have always supported her decision.

Similarly, Chávez’s mother said she would accompany her to the class and pay the fees. However, in an interview with Morton College, she said, “It’s difficult being a teacher’s daughter because all of her friends assume you’re in drama because her mother is a teacher.”

When she was chosen for the Netflix show, people asked her, “What did your mother have to do to get you on Netflix?”

Chavez received the first significant role for Ashley Garcia: Genius in Love. When she received the audition, she was immediately captivated by the character.

She was excited to have the opportunity to audition for the role of a brilliant Latina, and she related to her because they both focused on our careers early on. Both of them have a loving and overprotecting mother.

Later, she appeared in a documentary and TV commercials. In 2019, Chávez received her first lead TV role in the Netflix series The Expanding Universe of Ashley Garcia. She is also known for Fate: The Winx Saga and Game On! A Comedy Crossover Event.

4. Paulina Chávez portrayed the role of Flora in ‘Fate: The Winx Saga’

Chávez portrayed a fairy in the original animated series Flora. In season one of Fate: The Winx Saga, the show was chastised for ignoring the Latina character and replacing her with Terra instead.

Fate: The Winx Saga is a teen drama series based on Iginio Straffi’s Nickelodeon animated series Winx Club. The series stars an ensemble cast based on the characters from the animated show, with Abigail Cowen playing Bloom. The six-episode first season premiered on Netflix on January 22, 2021, to mixed reviews.

5. Who is Paulina Chávez’ role models?

Chavez’s most significant role models were telenovela actors. She and her grandmother used to watch telenovelas.

She also admired Barbara Mori, Jaime Camil, Ana Brenda Contreras, Pablo Montero, and many other actors, but she never forgot to watch the novela Rebelde.

Similarly, Chávez stated that her grandmother always told her that when she was 3 or 4 years old, she was staring at the TV and said, “I’m going to see myself there.”