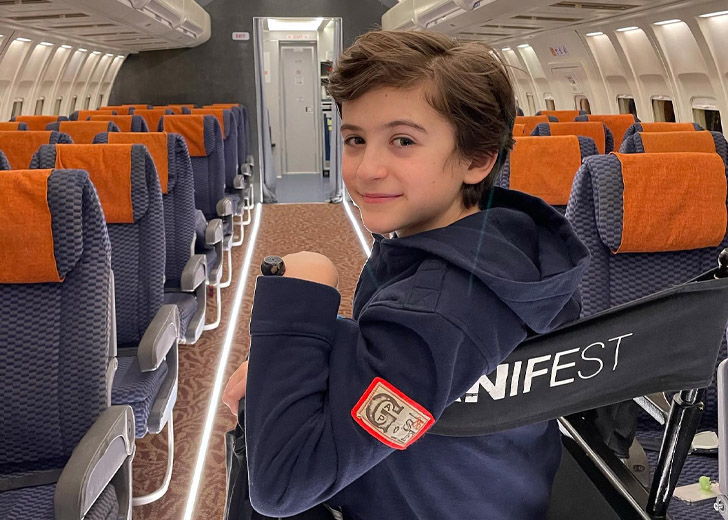 Jack Messina is a teen actor best known for his role as Cal Stone in the NBC/Netflix science fiction drama Manifest.

Messina started taking acting classes at the Actors Garage in Manhasset, Long Island when he was seven years old. He later appeared in the television series The Marvelous Mrs. Maisel in 2017.

Likewise, the teen actor played in the series Manifest as a young boy struggling with terminal leukemia and a passenger on the mysterious returning airplane Flight 828 from 2018 to 2021.

Why did Jack Messina leave ‘Manifest’?

Messina left Manifest after appearing as a series regular for the first three seasons. However, when Manifest season 4 aired, fans noticed that the young actor was no longer a part of the Netflix show, and the character of Cal Stone was portrayed by another actor named Ty Doran.

On November 18, 2021, Messina, who weighs around 35 kg, even shared a memory from a previous season with the cast and crew and wrote, “I want to wish @jeff_rake and everyone at #manifest the best of luck on Season 4.”

He expressed his appreciation to Manifest‘s producer Jeff Rake in a June 2021 post. He expressed gratitude to Rake for allowing him to part in such a fantastic show. The actor said Manifest brought together a group of cast and crew members who became a family, and he’d also learned a lot from them.

Following Messina’s post, Rake tweeted, “A huge thank you to my great friend and colleague @theJackMessina. You started your journey with us as a boy and ended as a young man. And I’m not talking about what happened last night. I’m grateful for your professionalism, excellence, and friendship.”

Messina was born on September 2, 2007, making him 15 years old as of 2022. He was born into a prosperous family in New York, USA. His father, John, is a businessman, and his mother, Joanne, is a housewife. He is of American origin and follows the Christian faith.

Likewise, the actor grew up along with his two older brothers, John Messina and James Messina. Messina’s parents have been an enormous source of support for him throughout his acting career. Without their assistance, he would not have been able to play a role in an extensive series at such a young age.

Messina played the lead role of Chase in the short film, It’s Been A While, in 2022. And he has also completed filming another upcoming short movie titled Squall; the short movie is currently in the post-production stage. In it, he plays the role of Jack.

Along with his acting career, he is also focusing on his education. However, Messina has not stated which grade he is in or which school he attends. The actor also enjoys skiing, parkour, drums, and volleyball. Moreover, he loves dogs, and on April 12, he posted a photo of his dog to celebrate his 16th birthday.

As previously stated, Messina, who stands at the height of 5 feet 4 inches, has left Manifest and does not appear to be taking on new projects in 2022, except for a couple of short films. He might be currently focusing on his education and taking a break from acting.