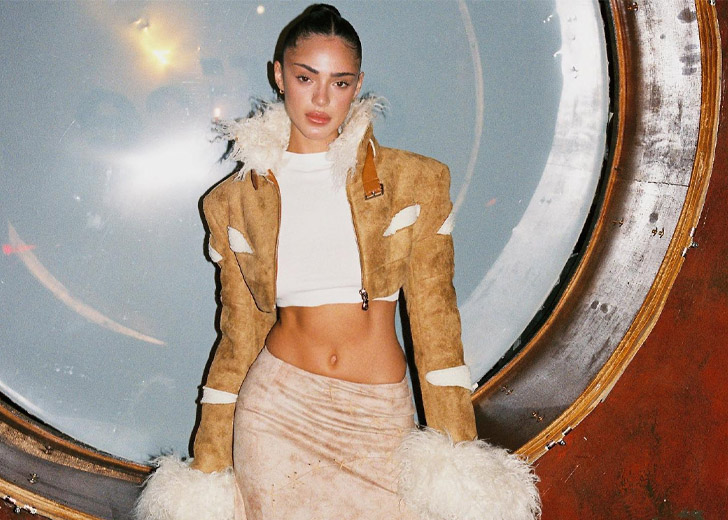 Luna Blaise, best known for her role in the NBC/Netflix science fiction drama series Manifest, has been accused of using lip fillers and heavily editing her body in photos.

Blaise’s acting career has put her in the public eye. However, being in the spotlight is difficult because people pay attention to every detail of you, including your body and facial features.

Following the post, one social media user commented, “The last time I looked at her Instagram, I honestly had to check to see if I had the account right because 99% of the photos look nothing like her,” while another stated, “I always thought she looked like Kylie Jenners’ old face, so it makes sense that she’s trying to look like her new face.”

Furthermore, Blaise’s followers are upset that she got lip filler. They believed she no longer gave the Olive Stone, her Manifest character, charm she once did. People even assumed she was high based on her Instagram photos.

Many Blaise’s fans have noticed that her Instagram is filled with heavily edited photos. They thought she was going through the image distortion of a young starlet. Her fans also hoped that the industry would not destroy her self-esteem.

Luna Blaise’s photo before and after editing. (Source: Instagram)

Previously, on August 7, 2020, the Instgaram handle @truthaboutfaves shared a few of Blaise’s before and after photos. The person wrote alongside the pictures, “Luna Blaise then and now. She got lip fillers and heavily edited her body. I’ve seen some comments about her saying they’re not going to eat to get her body, and I think it’s just so wrong. I think she’s very gorgeous, though as I’ve watched her a lot on shows.”

Even though many of the actress’s fans criticized her appearance and accused her of using photoshop, others supported her and stated that she has a life and the freedom to do whatever she wants. They also added that she looked stunning with or without the lip fillers. Blaise hasn’t addressed the accusations, but she has previously shared tips to stay healthy.

Luna Blaise talked about her skin and overall health

In a 2017 interview with New You Brands, Blaise revealed the secret to her flawless skin. She said she washed her face regularly, took acne medication, and drank more water. At that time, the actress stated that she was comfortable in her skin. Similarly, she believes that the best beauty make up for her is lipstick and bronzer.

Moreover, she stated in an interview that she strongly supports breast cancer awareness. She believed breast cancer could occur at any age due to the body’s development. As a result, she advises all young girls, regardless of age, to get screened for breast cancer.

Blaise has always been interested in acting because both of her parents work in the entertainment industry—her father is a director, and her mother is an actress.

The actress made her acting debut at six in the 2008 film Vicious Circle. Later, in 2013, she was cast as Young Nina in the indie art film Memoria. She told Glass Magazine that Memoria was a fantastic experience for her, and she thought everything on set was incredible because she was young.

Blaise’s breakthrough came in 2014 when she was cast in the recurring role of Nicole on the ABC television series Fresh Off the Boat. Along with acting, she released her first single ‘Over You’ in 2017.

Following the year, the actress was cast in the NBC drama/mystery series Manifest. Unlike the other characters in Maifest, Blaise’s character was not a passenger on Flight 828, so she aged while the others remained five years younger.