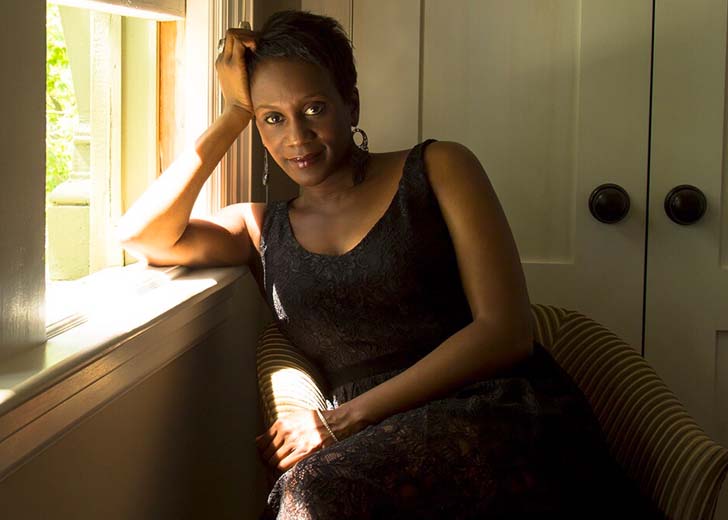 Canadian actress Karen Glave is well-known for her role as Peggie Prosser in the Netflix hit series Self Made, a show inspired by the life of Madam C.J. Walker.

Glave has been interested in acting since she was a child. When she was about seven years old, her parents asked her what she wanted to be when she grew up. The actress told her parents that she aspired to be a movie star.

At the time, her parents laughed at her and assumed she was joking because they couldn’t picture her as an actor, given that she came from a black family, and they believed acting would not be a stable career for her.

Karen Glave has had a lifelong interest in acting. (Source: Instagram)

As she grew older, Glave decided to pursue a career in acting. Her career began in 1995 as a female cop in the television series Forever Knight. In the same year, she made her television debut in Sirens. Similarly, she later appeared in several movies, including Blind Faith, Between Strangers, Dream House, and others.

For nearly two decades, the actress has worked in the entertainment industry. However, Glave’s dream of becoming an actress did not come easily. She had to overcome numerous obstacles for her dream to become a reality.

Karen Glave’s struggles to break into the acting world

Glave knew from the start that breaking into the entertainment industry would be difficult for her because she was a black actress. Therefore, the actress believes that black African American actresses should focus on stories that reflect their community.

Similarly, in the series Self Made, Glave finally gets to play Prosser for the black people. The main subject of the series was the story of the first female self-made millionaire, Madame C.J. Being a millionaire was impressive at the time, particularly for an African American woman.

Karen Glave portrayed Peggie Prosser in the television series Self Made. (Source: Twitter)

In an interview with eurweb.com, Glave discussed the series’ relevance in today’s society. She said, “It goes to show that yeah, we’ve come a long way, but we still got a lot of ways to go, that the struggle, the fight is still on. We can feel limited or, sometimes, held back, as black women to this day, as far as opportunity, pay, etcetera, but to understand that was a fight that was being fought.”

She added, “You know, we’re standing on the shoulders of certain women who came before us and if they can do it in spite of what was inflicted upon them and the struggles, and the knocking down and getting back up and then what excuse do we have?”

Glave also discussed the series’ impact on younger children in a 2020 interview with The Hype Magazine. The actress stated we are all at home practicing social distancing, and there is plenty of time to watch Netflix, work out, and do other things. Therefore, it’s crucial for young people of color to understand that women like Madam C.J. Walker exist and resemble them exactly.

She also hoped that after watching the series Self Made, the younger generation would want to learn more about her and research her.

Glave appears to be a very private person when it comes to her personal life. As of this writing, there are no details about her dating or married life. The actress is also not active on social media, making it difficult for fans to learn about her romantic relationships.

As of 2023,  Glave might be secretly dating someone or looking for a man to call her boyfriend. Regardless, she has not stated anything about her marital status. As a result, it is safe to assume that the actress is not married to her husband.