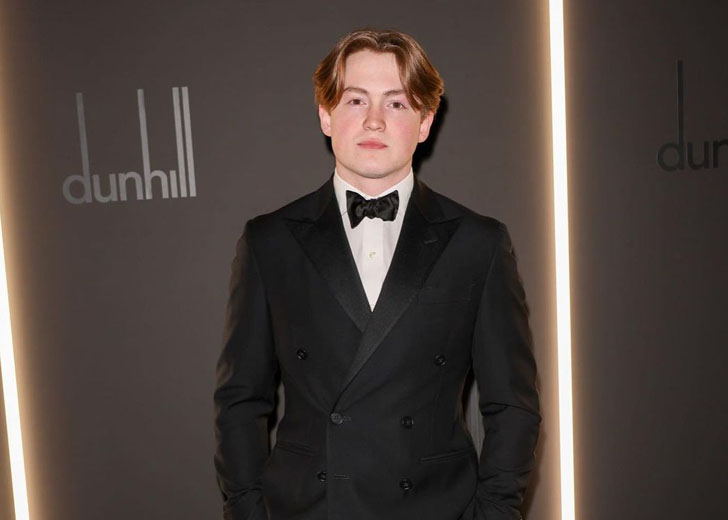 Kit Connor is an English actor who gained worldwide recognization for his portrayal of Nick Nelson in the Netflix show Heartstopper, which aired on April 22, 2022. He is currently filming his role for his upcoming movie, A Cuban Girl’s Guide to Tea and Tomorrow. The film is based on Laura Taylor Namey’s book of the same name.

Connor made his acting debut in 2013 and initially gained fame for his performances in Get Santa and Rocket’s Island. After that, he made appearances in movies and TV shows like War & Peace, Grantchester, SS-GB, Grandpa’s Great Escape, The Mercy, Ready Player One, The Guernsey Literary and Potato Peel Pie Society, and Slaughterhouse Rulez.

His acting gigs after 2019 include Rocketman, Little Joe, and His Dark Materials. Furthermore, he voiced the character of Foxy and Other in the video games Dreams and Xenoblade Chronicles 3, respectively.

How old is Kit Connor?

As of this writing, Connor is 18 years of age. Born in 2004 in Croydon, South London Borough, he celebrates his birthday every year on March 8. Likewise, his birth name is Kit Sebastian Connor, and his zodiac sign is Pisces.

Coming over to his education, he initially attended the Kenley-based Hayes Primary School. Afterward, he enrolled at South Croydon’s Whitgift School, finishing his A Levels in drama, English literature, and history.

Connor was born to British parents named Richard Connor and Caroline Connor. As per reports, his parents have been married for more than 15 years after sharing the wedding vows on July 6, 2007.

Similarly, his father reportedly graduated in Art and Design from Doncaster College and is currently employed at Abbott Mead Vickers BBDO, aka AMV BBDO. As for his mother, she is said to be the owner of Caroline Connor Ltd, a company established in 2000.

Apart from his parents, the actor has a sibling, a brother named Ned Connor. And while it’s unknown if Ned is his older or younger brother, it’s reported that Ned attended Wallington County Grammar School. Other than that, there is no information on whether he has a sister.

How tall is Kit Connor?

Conner stands at a towering height of 5 feet and 11 inches or 1.8 meters and weighs around 70kg or 154 lbs. As for his body measurements, it’s reported that his chest size is 40 inches, his waist size is 31 inches, and his arms size is 15 inches. Furthermore, his shoe size is 10 [UK], his hair color is honey blonde, and his eyes color is blue.

Connor is also available on TikTok under @kitsconnor1 with over 3 million followers and has gained over 10 million likes on his TikTok profile. His Snapchat account doesn’t seem public yet as it’s unavailable on the internet.

He is active on his social media accounts as he is often seen posting different pictures of himself, his upcoming project, and other promotional stuff.

How much is Kit Connor’s net worth?

Connor’s net worth is estimated to be between $800,000 and $950,000. In addition to this, he has worked with other well-known companies and receives additional revenue from paid promotions.

His primary sources of income are respectable brand advertising and parts in several films and television programs. Thanks to his acting profession, he is pretty affluent at this age. And as his career grows, his net worth is predicted to rise.