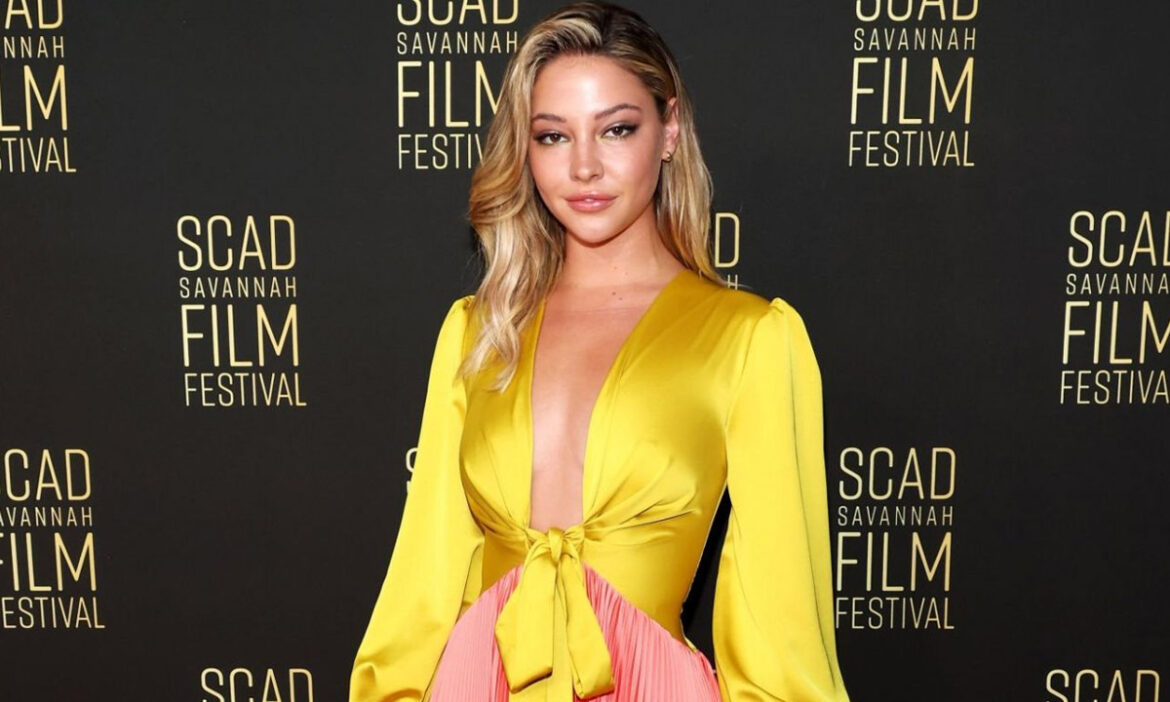 American actress and model Madelyn Cline is best known for her role as Whiskey in the mystery film Glass Onion: A Knives Out Mystery.

Cline has had an interest in acting since she was a child. As a result, she spent her early summers in New York City working on television commercials for T-Mobile, Next, and Sunny D.

Later, she landed minor roles in Boy Erased as Chloe and Vice Principals as Taylor Watts. She also appeared in a few episodes of The Originals and Stranger Things.

The actress made her breakthrough in 2018 when she was cast as Sarah Cameron in the American action-adventure mystery teen drama Outer Banks. The series’ first season was released on April 15, 2020, and received positive reviews. Moreover, Cline joined the cast of Glass Onion: A Knives Out Mystery in June 2021.

Cline has been in the spotlight for years due to her outstanding performances in films and television shows. Because she was in the public eye, many people noticed she had plastic surgery and looked different.

Let’s learn more about her height, weight, and the rumors of plastic surgery.

Cline stands 5 feet 6 inches (167 cm) tall which is 2 inches taller than the average American woman. However, compared to the other actor in the series Outer Banks, Cline is shorter than her co-star Rudy Pankow by 4 inches.

Likewise, the actress weighs around 59 kg (130 pounds). She follows a diet plan regularly and is conscious of every nutrient she consumes daily.

Madelyn Cline was rumored to have gone through plastic surgery

People who have followed Cline over the years have noticed changes in her appearance. They speculated that the young actress had lip filler and possibly other facial beauty procedures because she has full lips, a straight nose, and stunning cheekbones.

In 2020, a Reddit user posted a picture of the actress and claimed that she had lip fillers and a non-surgical nose job, but it’s difficult to tell whether the girl in the photos is Cline or if the pictures have been edited.

Similarly, a Celeb Plastic Instagram account posted a before and after photo of Cline, implying that she had plastic surgery. Many fans, however, have come to Cline’s defense, sharing numerous photos of her as a child that show she always had beautiful lips and cheekbones.

Until now, the Outer Banks star has not addressed any of the rumors, but in an interview with Woman’s Health, she discussed her childhood struggles with eating disorders and self-love.

Whether Madelyn Cline underwent non-surgical procedures like fillers or is just naturally attractive, what matters is that she now seems happy with herself.