All about Melissa Roxburgh's dating history. 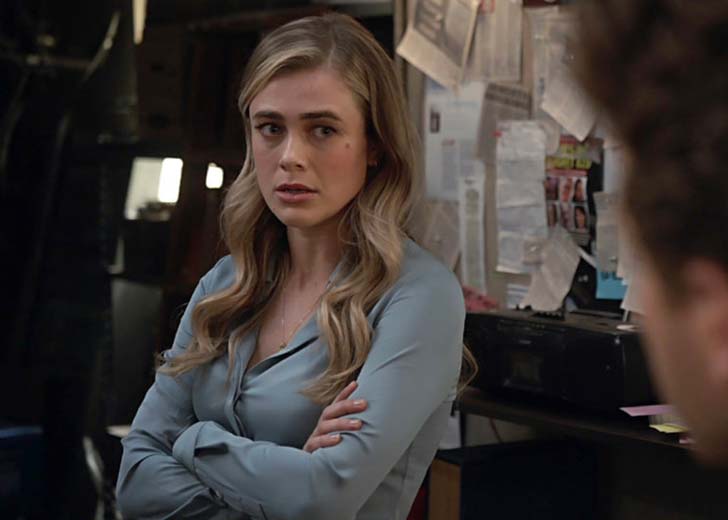 It is always a pleasant surprise to find out that co-stars are dating each other. That being said, it is awkward to see them working together despite not being each other’s boyfriend or girlfriend.

The same is the situation with Melissa Roxburgh and her former boyfriend and co-star of Manifest, J.R. Ramirez.

Roxburgh plays the role of Michaela Stone in the supernatural show. She is a detective who works for the NYPD’s 129th Precinct.

On the other hand, Ramirez portrays Jared Vasquez, a detective at the NYPD’s 129th Precinct. He was Stone’s ex-fiancé who later married her best friend.

Roxburgh and Ramirez’s chemistry on-screen was undeniable. Therefore, it was no surprise to their fans and followed that the pair started dating off-screen as well.

Here is everything we know about their dating history.

When Ramirez and Roxburgh went out together on various occasions in 2020, there were initial rumors that they were dating. But they never made their relationship known to the public.

Instead, they avoided using social media and kept things low-key. This did not stop fans from wanting to know all the specifics and looking up details on their dating history.

Roxburgh and Ramirez have avoided addressing the relationship allegations because they like keeping their personal and work lives apart. However, they had been spotted together on various occasions.

They were photographed at professional gatherings like the Harper’s Bazaar Icons party held during New York Fashion Week 2021. However, they remained silent about their relationship at the time.

On Instagram, though, the two shared photos of themselves. Although they have tried to keep their personal affairs discreet, many believe they are in love.

They had been following one another on their social media accounts, but after their breakup, they stopped doing so. Later, rumors about Ramirez’s relationship with the model, Miss Gia Marie, spread.

Since the pair have not revealed if they have parted ways, we can only speculate. The Manifest couple has maintained their secrecy.

Looking at Ramirez and Roxburgh’s Instagram accounts, there are no pictures of them together. Similarly, they do not follow each other on the platform as well.

The unfollowing has made people believe that the duo has parted ways because Roxburgh has followed her fellow Manifest cast-mates, except her former boyfriend.

Ramirez uploads pictures of his dog and Manifest marketing stuff, whereas Roxburgh posts pictures of her friends, Manifest promotion content, and issues he supports.

Similarly, Roxburgh’s Instagram shows that she is now single and has not seen any men. It seems like she is currently focusing on her acting career.

Roxburgh was seeing her former boyfriend, Andrew Jenkins, in 2017. He also shares involved in the entertainment industry as an actor and screenwriter.

Jenkins and the actress first crossed paths while filming the first of their two films, Lost Solace. While on vacation in Cabo, Roxurg uploaded a picture of her ex-boyfriend.

This was their way of making their relationship public and known to the world. The couple posted photos of themselves having fun together on their social media.

They didn’t explicitly declare their relationship, but their captioned photos of each other were too adorable to ignore. However, their romance was short-lived and came to an abrupt stop.

Unfortunately, there are no other hints as to why they broke up, and they have kept it a secret.