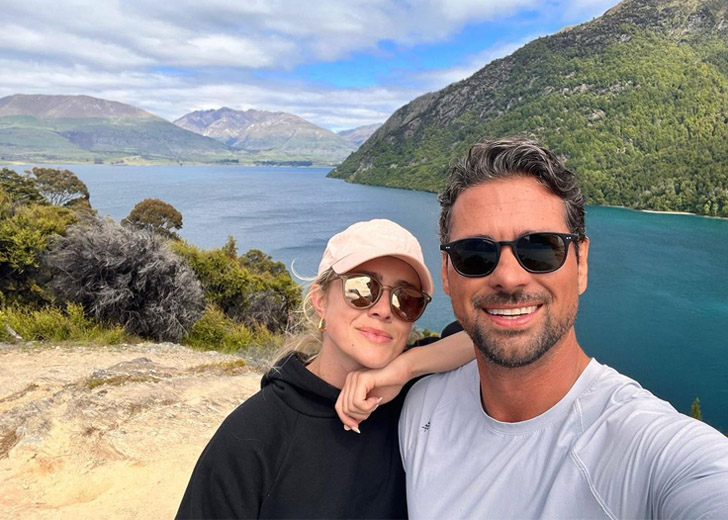 J.R. Ramirez, best known for his work on the NBC/Netflix show Manifest, appeared madly in love with his co-star Mellisa Roxburgh.

Ramirez and Roxburgh took advantage of their free time after wrapping up season 4 of the well-liked drama series Manifest to visit Sydney. Recently, Ramirez shared several Instagram stories, including a picture of Roxburgh dozing off while traveling.

In a different Instgaram story, the actor thanked the Shangri-La Sydney for their hospitality and shared some of the luxury hotel’s breathtaking views. On the other hand, Roxburgh posted a similar picture to Ramirez’s. After a few hours, the actor shared a photo of Roxburgh and himself in the snow, confirming they traveled together.

Previously, on December 8, 2022, Ramirez shared photos of himself and Roxburgh traveling to Fiji Islands on Instagram with the caption, “I’ve been blessed enough to travel quite a bit of this world. I’ve never experienced such a happy, charismatic culture as these Fijians. Truly they’ll take the shirt off their backs for you. What an unforgettable experience. We’ll be back.”

On the same day, Roxburgh also posted a bikini photo. We can tell from the captions of the actor and his girlfriend that they had a great time together on vacation.

J.R. Ramirez and Melissa Roxburgh are still together

Ramirez and Roxburgh started dating around 2020 after working together on the show Manifest. The duo tried to keep their relationship private during the initial phase, but close sources eventually spilled all the beans about their romance.

Later in 2021, it was rumored that Ramirez and Roxburgh’s relationship was over simply because they stopped uploading the picture of each other. However, it was just that, as multiple sources claimed that they had indeed broken up. Thankfully, their bond was strong, and the love birds ultimately reconciled their relationship.

On June 28, 2022, the actor took to Instagram to share a behind-the-scenes photo with Roxburgh. In the photograph, they were standing in front of an NYPD officer.

J.R. Ramirez and Melissa Roxburgh have been dating for two years. (Source: Instagram)

Likewise, Ramirez began sharing more pictures of them as the months passed. On October 25, the actor shared a cute photo of himself and his partner while attending the US Grand Prix at the Circuit of The Americas.

Despite being seen together at various events, Roxburgh and Ramirez never addressed the dating or breakup speculations because they wanted to keep it a secret for professional reasons. Nonetheless, they are obviously in love with each other.

After season 4 of Manifest ended in 2022, the lovebird was seen traveling to various locations together and spending quality time with each other. Additionally, they have started posting more photos of the two of them together on their Instagram accounts, which indicates that their love for one another is growing by the day.

As of 2022, Roxburgh is 30 years old, and Ramirez is 42 years old. Considering their ages, the couple may get hitched soon, become a husband and wife duo, and begin a family.