Since 2021, Abigail Cowen and Danny Griffin have been dating and spending time together. 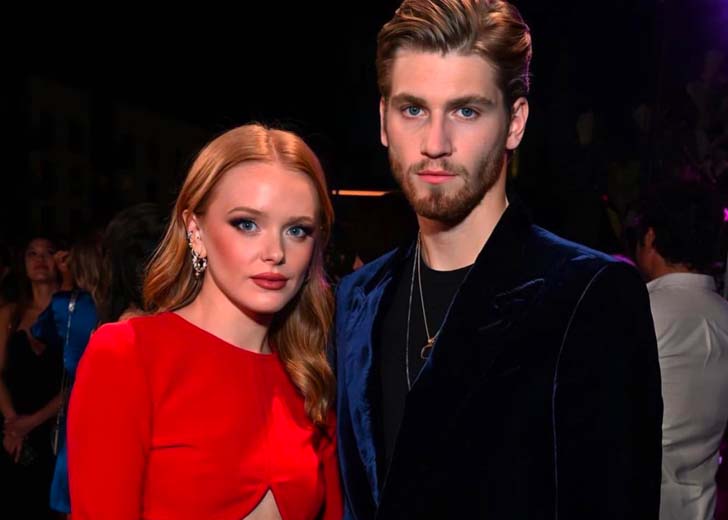 Abigail Cowen is an American actress and model best known for her work in the film industry, notably her lead role in Fate: The Winx Saga in 2021. The rumor of her dating the show co-star Danny Griffin started to spread in a short period.

Cowen and Griffin first met on the set of Fate: The Winx Saga. After a few months of working together, they began dating.

Griffin appeared in the movie Get Even as Shane for BBC/Netflix in addition to Fate: The Winx Saga. He also made his debut in the film The Railway Children, an immersive live production at London’s King’s Cross theatre.

Cowen and Griffin officially announced their relationship on October 2, 2021, by posting a photo of themselves on Instgaram. Following the post, fans and co-stars immediately flooded the comments section to express their approval.

One fan commented that she was watching these two on the show during episode 1 and thought they were a real couple because they have so much chemistry.

Likewise, Griggin shared their selfie with the caption ‘Signing off’ and tagged Cowen’s Instgaram. The couple has remained together ever since, spending time together while filming Fate Season 2 and generally enjoying one another’s company.

The couple also took a vacation together on December 2, 2021. Cowen captioned a cute photo of them relaxing on the beach, “We’re all stranded on an island together. NO ONE HELPED.” Griffin responded with three heart emojis.

Cowen and Griffin went to a Florida Gators game together. It appears that the two are having a good time together. They stayed together at The Europe Hotel & Resort in Ireland while filming Fate.

In addition, Cowen shared a video of herself from December 2021 in which she was dancing and having a good time. It was probably captured by Griffin during one of their outings, as the caption suggested. There is no denying that the couple has been having a good time together after looking through all of their social media posts and Griffin’s lovely comment on his girlfriend’s post.

They also walked the red carpet together on several occasions, most notably at Paris Fashion Week in March 2022.

There were rumors that Cowen was dating several other people before her confirmed relationship with Griffin, including fellow Netflix star Ross Lynch. However, most Lynch fans know he has been dating fellow Chilling Adventures of Sabrina co-star Jaz Sinclair since March 2018.

Likewise, there were brief rumors that Abigail was dating her co-star in Redeeming Love, Tom Lewis; however, her posts about Griffin have since ended those rumors. Although the actors have scorching on-screen chemistry, they are just close friends.

In an interview with Nylon in April 2021, the actress also revealed that she dislikes dates. She believed that first dates were awkward and that both people were playing a game of impressing the other. She recalled a date with a guy in high school when she talked about the worst date.

In another interview with Coupe De Main, she recalled when she dreamed about breaking up with an ex-boyfriend and how the breakup occurred exactly as she had dreamed.