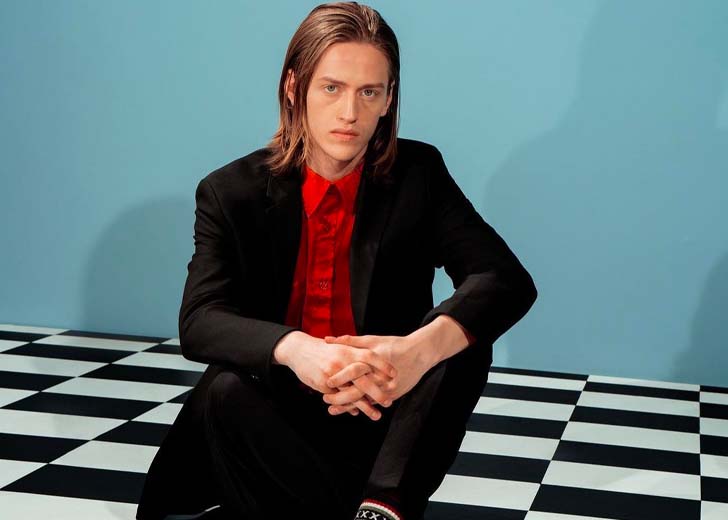 Percy Hynes White is a Canadian actor best known for appearing in the sci-fi series The Gifted. He is also known for his parts in films like Edge of Winter and A Christmas Horror Story, as well as in the television series Between.

Despite being so young, the actor has already made his mark through some remarkable works. His recent fame was due to the new Netflix series Wednesday, a spinoff of the classic The Addams Family.

With the series rising to become the most-watched series within a month of its release, the fans want to know more about their favorite characters. Percy is no exception.

He plays the character of Xavier Thorpe alongside other actors like Jenna Ortega, Gwendoline Christie, Emma Myers, Riki Lindhome, and Hunter Doohan.

Here are all the details you want about the actor’s life, age, net worth, family, and more.

According to News Unzip, the young actor has an estimated net worth of around $3 million.

However, the actor has not revealed any details about his income, so we cannot say whether it is true.

Percy landed his first lead part as Andy Strucker, a mutant in the X-Men-inspired Fox TV series The Gifted (2017-2019). Other movies and shows he acted in are Cast No Shadow, Night at the Museum: Secret of the Tomb as Young C.J. Fredericks, A Christmas Horror Story as Duncan, Rupture, and Edge of Winter as Caleb Baker.

He also appeared in the 2016 movie Milton’s Secret as Carter Crane and in the 2018 movie, At First Light as Oscar, and in a few other films and TV shows. With so many movies already done and a few coming up, Percy has shown that he’s in Hollywood for the long run.

With already working together on Wednesday, Percy and Jenna Ortega, the actress who portrayed the title role in the series, are to be coming together for another project.

During an interview promoting the blockbuster Netflix series, Percy revealed that the duo would collaborate on a movie.

“I love working with Jenna,” Percy told Popternative. “The movie I’m doing in Utah right now is with her as well. We have a fun time together.”

The film they’re working on has yet to be announced. Still, fans have discovered that the movie is called Winter, Spring, Summer or Fall, a rom-com that follows Remi and Barnes, two highly different teens who meet by coincidence in the winter of their senior year.

The actor was born on October 8, 2001, in St. John’s, Newfoundland, and Labrador, Canada. Talking about his age, Percy is 21 years old as of 2022. He spent two years studying in a performing arts company in his hometown of St. John’s.

His parents are both known personals in Hollywood town. Percy is the son of writer, actor, and director Joel Thomas Hynes and actress and writer Sherry White.

His father, Joel Thomas, is a multi-disciplinary artist from Newfoundland, Canada. He is an award-winning screenwriter, author, filmmaker, and musician. He created, starred in, and executive produced the critically acclaimed CBC comedy series Little Dog.