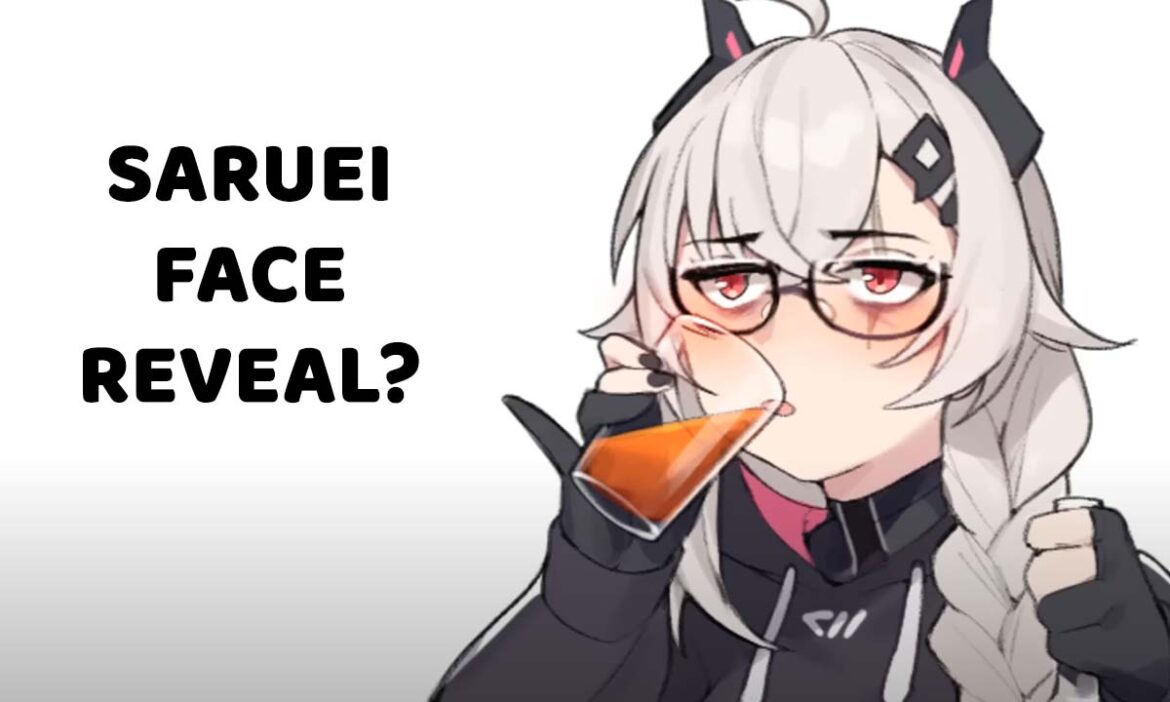 Rael, also known by her screen name Saruei, is a female independent Virtual YouTuber and illustrator.

Saruei used to stream mostly art on her Twitch channel before becoming a VTuber. She is well-known for drawing her favorite characters from video games and anime in swimsuits.

Saruei officially confirmed her plans to make her VTuber debut on June 26, 2021. Later on July 11 of the same year, she posted a video on Twitter showcasing the VTuber model.

She made her Youtube debut on August 8, 2021, with an introductory video that peaked at 98,902 viewers as of this writing. In that video, she showed everything she had prepared for her debut, including her animated starting and ending screens with her BGM.

On November 20, 2021, the VTuber posted her first ASMR video, followed by an ASMR live stream. She also unveiled her first new outfit, a collar that replaced her cyber horns and tail with Neko ears, on November 21, 2021.

Likewise, her second new outfit, a Christmas sweater with reindeer antlers and a cute red nose, was unveiled on December 19. As of 2023, she has 200k subscribers on her Youtube channel.

Saruei succeeds in enthralling her audience with the mystery surrounding her digital art. However, people are curious to know how she looks in real life.

Has Saruei revealed her face?

The popular and charismatic twitch streamer Saruei has not revealed her face and real name. She is active on Instagram, where she has amassed 39.1k followers, but she has only shared a photo of a VTuber model.

I simply dislike people who do face reveal of any vtubers without their consent, just for the sake of getting clout from it. It’s pathetic.

During her Twitch Live stream, one of her viewers questioned when she would still reveal her face, to which Saruei replied, “This is my real face that you are just now seeing. There isn’t a face reveal, and I will never do one anyway because this is me.”

Moreover, on May 19, 2022, Saruei tweeted, “I simply dislike people who do face reveal of any vtubers without their consent, just for the sake of getting clout from it. It’s pathetic.”

Following the post, many of her followers supported her. One person commented, “It always makes me feel uncomfortable, like what do you gain? They would’ve revealed their face if they wanted to”

She joined Twitch in March 2016 and has been active on the platform since then.

However, Saruei received a violation notice from Twitch in 2019 for depicting her illustration in a sexualized manner. Later, On September 18, 2019, Vtuber posted a screenshot of her violation notice to Twitter along with the statement, “I am officially banned for three days and I still want to clarify some things.”

I am officially banned for three days and I still want to clarify some things. pic.twitter.com/hDp1ndMnN8

Following the post, many of her fans questioned what she had done wrong, to which Saruei responded that she had been posting similar content for almost a year, and the ban made her feel strange. She drew the exact game avatar she sees in video games, but the game is glorified, and her art was banned by Twitch, leaving Saruei and her fans clueless.

After a few days, her Twitch account was back, and she resumed her regular twitch activity. Later, she posted a poll with four options: First Anime, Last Anime, Best Anime, and Worst Anime. While fans have differing opinions on which anime is the best, a few options have received far too many votes. Some are startling, while others aren’t.