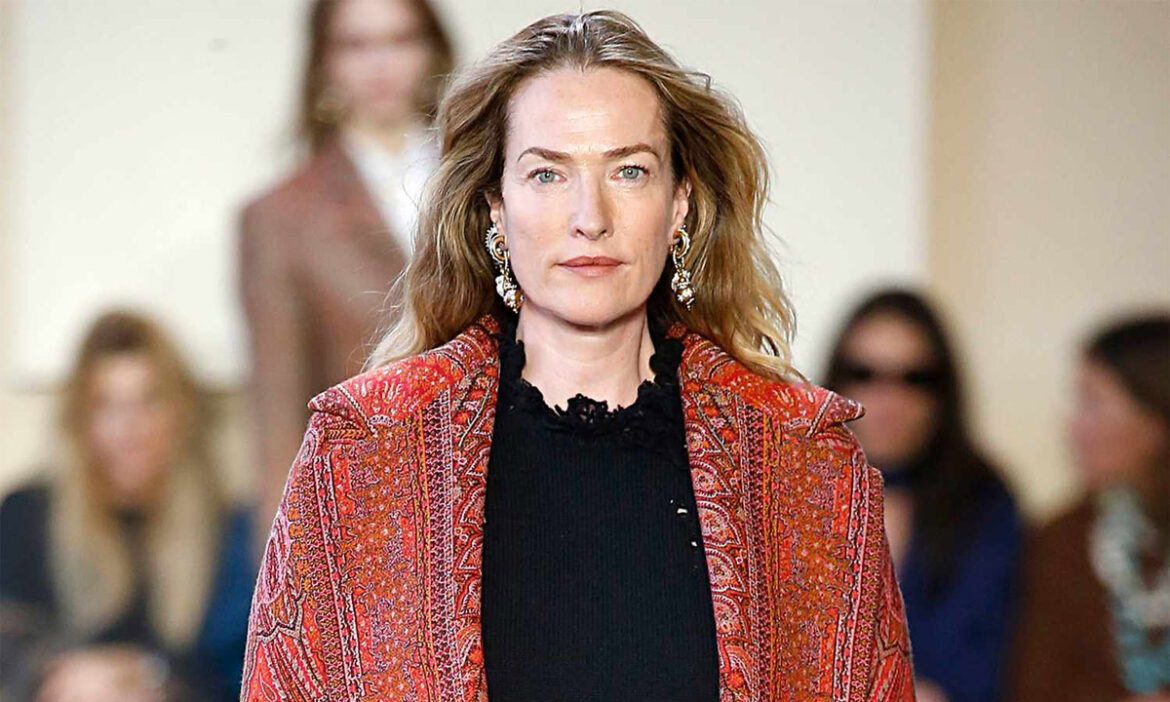 Her agent, Corinne Nicolas, told Insider, “Tatiana passed away this morning in California. The cause of death was breast cancer.”

Patitz was a German model and actress who rose to fame in the 1980s and 1990s by representing fashion designers on runways and in magazines such as Elle, Harper’s Bazaar, and Vogue.

Patitz was one of the five supermodels who appeared in the 1990 music video ‘Freedom! ’90’ by George Michael

Her death was mourned by her family, peers, fans, and followers. They paid tribute to the supermodel on social media, wishing her soul to rest peacefully.

Patitz is survived by her son, Jonah Johnson, who she shared with her former husband, Jason Randall Johnson.

Tatjana Patitz, her husband, and children

Patitz was only married once in her lifetime. She tied the knot with her husband, Jason, in 2003.

Not much is known about the supermodel’s relationship with her husband since they preferred to keep their love life out of the spotlight. The two were married for six years before parting ways in 2009.

The reason for their divorce is unknown. Despite their relationship ending, Patitz was blessed with her one and only child, Jonah —  her “source of happiness.”

Jonah was born in 2004, and as of 2023, he is 19 years old.  Throughout his childhood, Jonah avoided the limelight, but as he grew older, he rapidly followed in his mother’s footsteps.

He is now well-known for his modeling career and has previously been spotted posing with his mother in various Vogue photoshoots.

Patitz and her son Jonah Johnson were photographed in a pastoral paradise at home on their property in the Santa Ynez Valley in 2012. Tina Barney’s portfolio featured the mother and son once more in 2019.

Patitz always spoke fondly of her son and how blessed she was to be his mother. In 2022, she told Vogue, “Jonah is my source of happiness.”

She said the same during an interview with 63Magazine and confessed how important her son was to her. She discussed the ideals she attempted to teach him.

Tatjana Patitz is survived by her son Jonah following her death from cancer in January 2023. (Source: Twitter)

She talked about wanting to send “an empathetic person with a big heart out into the world.” The supermodel emphasized how her son should always have the self-belief to be himself and “to embody and articulate his own attitude and opinions.”

“My son is my source of happiness in life. My friends, my animals, and nature give me balance and satisfaction – the feeling of being connected,” she continued.

At the time of writing, Jonah has not commented on his mother’s death.

All in the modeling industry loved Patitz. Many were heartbroken by the news of her death from cancer and took to social media to pay tribute to the supermodel.

Leading the tributes was fellow model Elaine Irwin, who uploaded a photo of their joint Paris Vogue cover. Yasmeen Ghauri shared a photo of herself with Patitz, Naomi Campbell, and Karen Alexander, adding, “Rest in peace, dear Tatjana.”

“We didn’t know each other well but your presence always struck me. Your authenticity, grace, kindness and inner strength shone through. You will be missed,” she continued.

Cambell and Helena Christensen reacted quickly to the message, with Christensen calling her a “beautiful spirit” and Naomi posting a broken heart and a dove emoji.

The Herb Ritts Foundation also paid homage to the model in a statement, “We are deeply saddened by the news of Tatjana’s passing. Our thoughts go to her loved ones and particularly her son Jonah.”