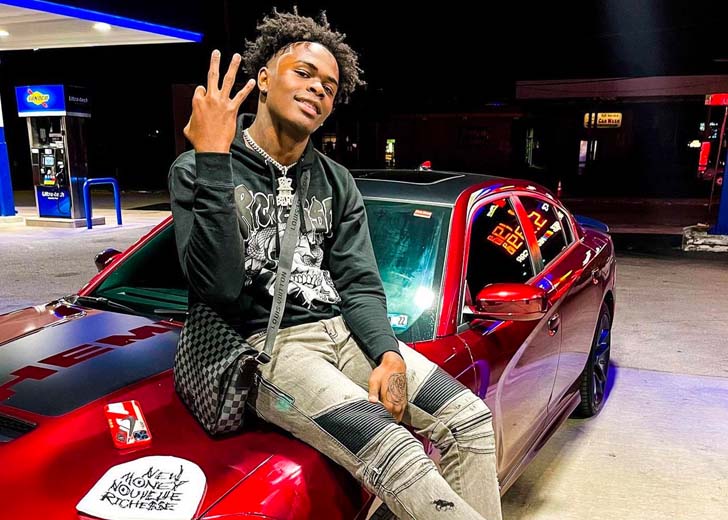 Famouswooda is an internet personality who became famous through his eye-catchy content on TikTok. And thanks to those videos, he has currently amassed more than 417,000 followers and 10 million likes on his woodabannedforever TikTok handle.

In addition, he has a YouTube channel under the name of Wooda, where he has gained over 278,000 subscribers and 17 million views. Due to his following on TikTok and YouTube, he also has a good presence on Instagram, where he has over 521,000 followers.

Due to the TikTok star’s ever-growing popularity, people have become curious to learn more about him. Some of the things they want to know to include his age, net worth, and more. Have a look!

Famouswooda turned 18 years of age on July 21, 2022. On his birthday, he took to his Instagram handle to share a baby picture of himself and a TikTok video. “YEAH DAYYY!!! #birthday,” he captioned his post.

Born in 2004, the TikTok star was raised in Philadelphia, Pennsylvania. As for his real name, it’s reported that he goes by the real or birth name of Joshua Felder. Furthermore, his zodiac sign is Cancer.

Famouswooda is quite secretive regarding his family and early life and hasn’t shared many details about it. As a result, there is no information on his parents and what they do for a living.

But, on the other hand, the TikTok star has occasionally featured his mother on a couple of his YouTube videos — while maintaining privacy. Similarly, it’s reported that he has a brother named Jae.

Furthermore, there is a small detail known about his early life. When he was young, he was a part of the ENON Eagles football program, a program for children aged 5 to 14.

For someone who recently turned 18, Famouswooda has a pretty tall height. As per reports, he stands at a towering height of 5 feet 8 inches or 1.73 meters. Additionally, it’s reported that he weighs around 73 kg or 161 lbs.

Besides that, the YouTuber has dark brown hair color and eye color, and his ethnicity seems to be African-American. Furthermore, other distinctive features about him include fuller lips and an afro hairstyle.

Does Famouswooda have a girlfriend?

Famouswooda is currently in a romantic relationship with a fellow TikTok star named Selena Davis, aka Lena Davis. The couple has been together for several months now.

Famouswooda and Davis initially started as friends, but as they spent months together and got familiar with each other, they became very close and eventually started dating around November 2021.

Since then, the love birds have always been together and made numerous videos for their respective YouTube channels. And their bond keeps getting stronger despite the fact that they are in a long-distance relationship.

Recently, there were rumors that the duo had parted ways. However, that’s not true at all, and Famouswooda and Davis’ relationship is still going on strong.

How much is Famouswooda’s net worth?

Since starting his TikTok handle and YouTube channel, Famouswooda has seen much growth on both platforms. And his growing audiences on TikTok and YouTube have been vital for him to earn money.

In addition, he could be seen using his social media handles — mainly Instagram — to promote or endorse multiple brands, including Dior. To reach the point, it must be sure that the internet star has earned well and accumulated decent net worth.

So, how much is his net worth? Famouswooda’s earnings and net worth remain unknown for now as they haven’t been disclosed. Nonetheless, if we have to assume, his net worth might be somewhere around $300,000 to $600,000.