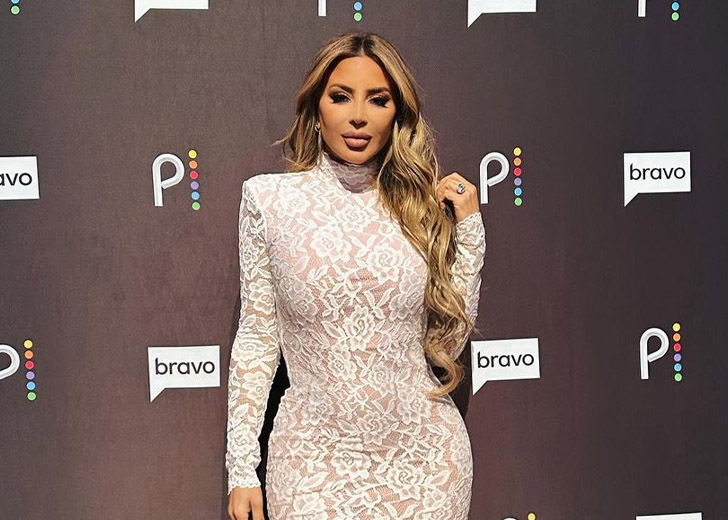 Many of Pippen’s fans believe she had her butt done after comparing before and after photos. But she dispelled the rumors during the Real Housewives of Miami season four reunion by admitting that she had only her nose and lips done.

Likewise, the television personality admitted to having her breasts augmented, but she denied having any work done on her shapely bottom, crediting her curves to hard work.

Pippen also addressed the rumors about her butt-lift by posting a throwback photo of herself sitting by a pool in a thong bikini, exposing her bottom.

During The Real Housewives of Miami reunion, Andy Cohen questioned Pippen about her ever-changing appearance. The star replied, “I literally work out seven days a week.”

Pippen explained to Cohen that her voluptuous figure was due in part to weight/muscle gain and that in previous photos, she was much slimmer.

Larsa Pippen’s appearance has changed due to weight and muscle gain. (Source: Instagram)

Shortly, Adriana de Moura told Pippen that she thought Pippen’s butt shape looked fake, to which Pippen immediately clapped back. Pippen said, “My body’s tight because I work out, if I compare my body to your body, I’m athletic; you’re not.”

The television personality’s statement made it clear that she didn’t have her butt lifted. And while acknowledging the work done on her nose, lips, and breasts, she claimed that she isn’t opposed to plastic surgery and believes in doing what makes her feel the best.

Pippen stated, “That’s basically it. I feel like I’m very progressive. I’m into trends, and I feel like whatever makes me feel good and look good, I’m willing to do. I’m that person. I’m very happy with the way I look.”

Since the return of The Real Housewives of Miami for season 4, Pippen has been accused of getting plastic surgery to look more like her former best friend, Kim Kardashian. And the TV star’s co-star, de Moura, has also commented on Pippen’s attempt to imitate Kardashian.

At the RHOM reunion, de Moura said, “If you want to look like Kim, then look like Kim because she’s pretty!” To the accusation, Pippen stated, “I never said that. I look like me; I’m very happy with the way I look.”

At the same reunion, Cohen mentioned how viewers have been talking about Pippen’s body resembling Kardashian’s. He also said that he thought Pippen sounded like Kardashian. And Pippen again was ready with a reply.

She said, “You know, when you’re friends with someone, you pick up like… if I date a guy, I start sounding like him, he starts using words that I use.” “Well, because we were best friends for, like, 14 years,” Pippen replied to the second accusation.

Later, Kardashian posted a picture of herself on Instagram and wrote, “They can steal your recipe, but the sauce won’t taste the same.” After this post, fans initially believed she was giving a dubious response to the discussion that happened on RHOM.

However, Kardashian dispelled rumors by tweeting, “No shade throwing, I don’t do subs. I want everyone to win. I just had a good caption, LOL.” Pippen later revealed her current relationship with Kardashian during her interview with Entertainment Tonight.