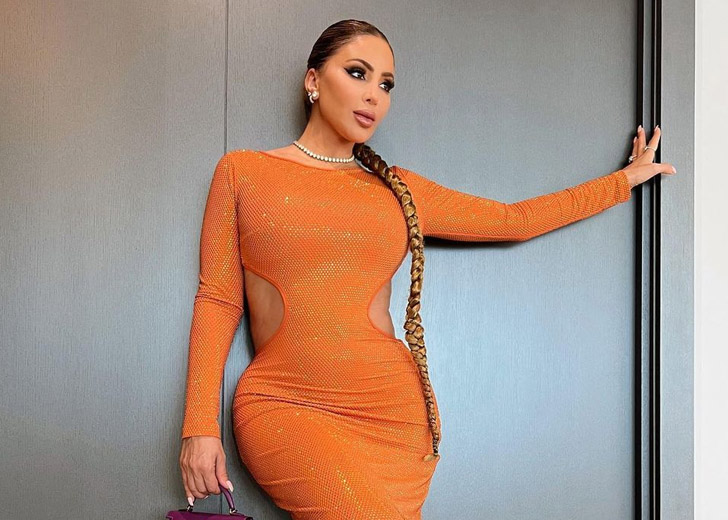 American television personality Larsa Pippen is one of the leading cast members on Bravo’s reality TV series The Real Housewives of Miami. On a personal note, Pippen describes herself as Assyrian.

She was born in Chicago but hasn’t forgotten her Middle Eastern background. In a recent Instagram post, she wore a glittering bikini and sent greetings in Arabic from a yacht. She was out to honor her heritage.

In the post, she showed off her fantastic body in the photo while wearing a sheer white and slit skirt to dress up her bikini. The television personality finished her look with jewelry, tinted sunglasses, and a diamond bracelet.

Likewise, in the caption, Pippen wrote, “ليتك معي” which means “wish you were here” in English. On the other hand, she added a twist by not tagging her location.

Following the posts, fans quickly responded by sending love to Pippen. “You look very nice in this picture, standing on your yacht,” one user commented.

“You are so hot that this fan is speechless,” another said. Furthermore, many of her followers wanted to know where she got the bikini in the photo.

Pippen was born on July 6, 1974, to Assyrian parents; her mother is from Lebanon, and her father is from Syria. She grew up in Chicago, Illinois, and is of Afro-American ethnicity.

The television personality is very proud of her ethnicity, as she tweeted on September 6, 2019, “I’m Assyrian, my mom is from Lebanon, and my dad is from Syria.”

She had posted the same tweet years ago, on February 13, 2011. Following the tweet, one user commented, “Assyrian women are the most beautiful!”

Larsa Pippen is proud to be Assyrian. (Source: Twitter)

Coming over to her family, Pippen has three siblings; two brothers named Samuel Younan and Ninos Younan and a younger sister named Bella Youkhana. Her brother Ninon, is an investment manager and the owner of Moza Investment.

As for her education, the reality TV star graduated from the University of Illinois with a degree in Political Science. She was a member of the Piven Theatre Workshop and was involved in various theaters while in college.

Larsa Pippen prayed for Lebanon after the 2020 Beirut explosion

Hearing the devastating news, Pippen posted a photo of the explosion on her Instagram account with the caption, “I’m praying for Lebanon. My mom is from Beirut this just breaks my heart. My family is so devastated.”

Following the post, one user wrote, “My dad is from Beruit too, he’s passed now, but I never knew you were Lebanese!”

Another person said, “Us Lebanese are strong and resilient. We will rebuild and make it new. The people have and will continue to rise up against the govt and will be given the boot. Enshallah this happens soon.”

As hinted by the earlier comment, many people were unaware that Pippen was Arabic, and they felt bad seeing their motherland suffer. Fortunately, it does not appear that the explosion has personally impacted Pippen’s family.

However, because the television personality’s mother is from Lebanon, she has a special connection to the place, and seeing the explosion broke her heart.