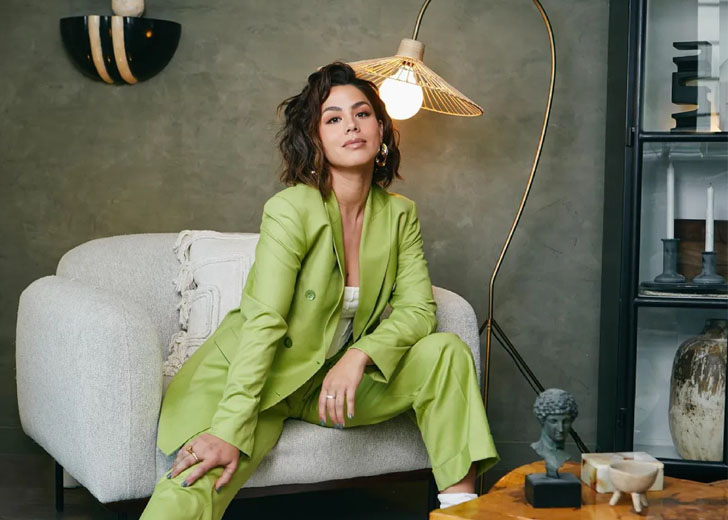 Megan Batoon is a multi-talented YouTube content creator turned television personality who has dazzled audiences all over the world with her dancing instruction and vacation rental reviews.

Additionally, she has choreographed for films and television programs, including Step Up Revolution and World of Dance. In 2021, she gained widespread recognition after serving as a co-host on Netflix‘s The World’s Most Amazing Vacation Rentals alongside Jo Franco and Luis Ortiz.

Batoon, sometimes referred to as the “Millennial Martha Stewart,” is most notable for her ingenuity, enabling her to exercise unrestricted artistic freedom even though she shoots all of her movies within her home.

On her self-titled YouTube channel, she has garnered more than 1.14 million subscribers and 62 million views. Every other Friday, she publishes a new episode of her comic advice podcast, Just a Tip, and she posts a new video every Wednesday.

Is Megan Batoon Dating a Boyfriend?

As of this writing, Batoon is reportedly in a secret relationship with her boyfriend, whose identity isn’t disclosed. The Making Moves actress has recently made a few references to her boyfriend on her social media, but she has never named him.

The only buddy she has right now is Luis Oritz, and they both like to travel. The fact that she is traveling with Luis has raised some fans’ eyebrows and made them wonder if she is dating her The World’s Most Amazing Vacation Rentals co-star.

However, that’s not the truth, despite what some fans believed. The speculations of Batoon dating her co-star are yet to be confirmed or denied by both parties. For now, it’s only known that she is in a relationship, and there is little to no information about it.

The 31-year-old American TV personality first addressed her secret boyfriend in her tweet on April 7, 2021, saying, “my boyfriend just called emotional baggage a ‘griefcase’ and it’s so clear to me why we work.” This tweet not only verifies that she is seeing someone but also suggests that he likes to travel.

Who was Megan Batoon dating?

Batoon was previously in a relationship with Ian Eastwood. Eastwood is a talented dancer known for being a member of Mos Wanted Crew and Ian Eastwood & the Young Lions. The two fell in love shortly after getting to know each other and officially began dating in 2014.

The couple used to periodically post little clips of their shared experiences through Batoon’s YouTube channel. As time passed, fans of the couple had great expectations that they would be together forever.

Sadly, that didn’t happen, as their romance ended after just two years of dating. Since their break up in 2016, Batoon started to hide her personal life from the public.

But there were several reports of her possibly dating fellow content creator Andrew Siwicki at some point. Furthermore, it was also rumored that she had a love relationship with Filipino actor John Lloyd Cruz, but these are only rumors, and they have neither been confirmed nor denied.